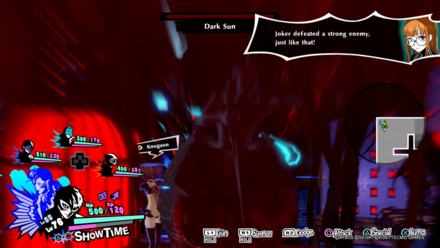 This is a guide on how to defeat the Dark Sun Dire Shadow in Jail of the Abyss. Read on to find out its weaknesses, strengths, and the best characters to put in your party to defeat it! 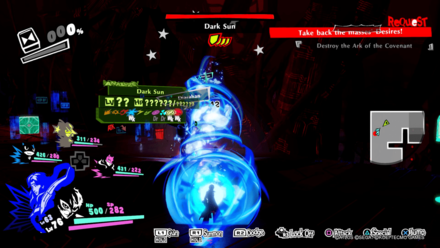 Dark Sun tends to attack faster than any of the other Dire Shadows. Having Makoto in your party to tank hits is pretty useful, but your focus should instead be on dodging its attacks as it is the better option to do.

Yusuke and Sophia will provide Ice and Bless Affinity skill attacks against Dark Sun. However, keep Sophia's SP reserved for the most part for you to be able to conduct emergency healing for your party, or leave this task up to Makoto. 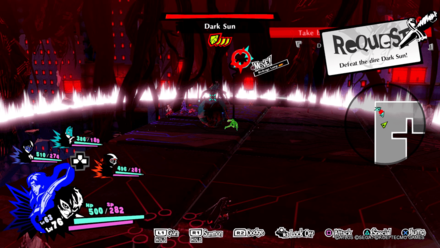 Despite having easily read attacks, Dark Sun attacks often. It is best to dodge these hits, particularly when it rises up and drops down for an area of effect wave three times. Try to maneuver the battle towards the corner of the arena, where there is a pole which you can use to perform a Phantom Dash against it, which is useful in getting rid of its shield buffs.

Alternate using Yusuke, Sophia, and Joker to perform Affinity based skill attacks against Dark Sun. Focus Makoto on healing the party or performing numerous melee hits against it. It's wise to let the Dire Shadow focus on her rather than the others as it frees them up to continuously attack it with Persona skills.

Register as a member and get all the information you want. (It's free!)
Login
Opinions about an article or post go here.
Opinions about an article or post
We at Game8 thank you for your support.
In order for us to make the best articles possible, share your corrections, opinions, and thoughts about "Dark Sun Battle Guide | Dire Shadow" with us!
When reporting a problem, please be as specific as possible in providing details such as what conditions the problem occurred under and what kind of effects it had.