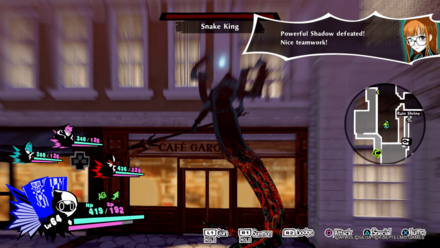 This is a guide on how to defeat the Snake King Dire Shadow in Sendai Jail. Read on to find out its weaknesses, strengths, and the best characters to put in your party to defeat it! 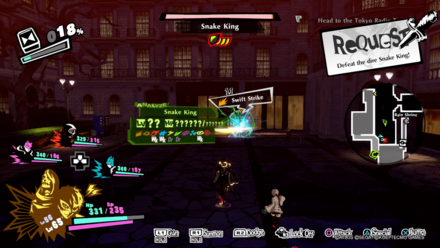 Similar to the Killer Teddy Bear in Shibuya Jail, the Snake King's attacks take a lot of your health if it successfully hits, and it is thus recommended that you go back to fight this Dire Shadow once you've gone up a number of levels.

Yusuke and Ann will both take care of your damage needs. Sophia herself is not strictly needed in this fight, as you can equip any Bless attacks on Joker himself. However, due to the number of team buffs and healing skills she has, she is the best recommended option for your party in this fight. 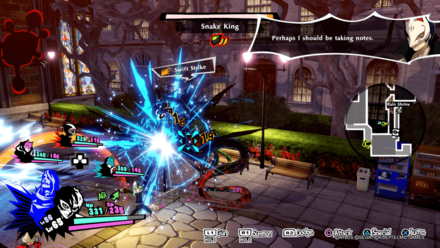 Fighting against the Snake King is difficult due to the number of ranged attacks it has. It will send a cyclone at you, which can stun lock you into taking large amounts of damage if you get caught between it and a wall, at which point it will usually follow up with a wave of fire. Having BOND Skills that greatly increase the chances for HP and SP recovery is a must in this fight.

Alternate quickly between the members in your party to cast skills the Snake King is weak against. Some of these hits may luckily stun it enough for you to strike at it some more. Ensure you have plenty of SP Recovery items in your inventory, or simply buy their related BOND Skills before proceeding with the fight. Save Sophia's SP on healing skills to keep members of your party in the fight.

Register as a member and get all the information you want. (It's free!)
Login
Opinions about an article or post go here.
Opinions about an article or post
We at Game8 thank you for your support.
In order for us to make the best articles possible, share your corrections, opinions, and thoughts about "Snake King Battle Guide | Dire Shadow" with us!
When reporting a problem, please be as specific as possible in providing details such as what conditions the problem occurred under and what kind of effects it had.