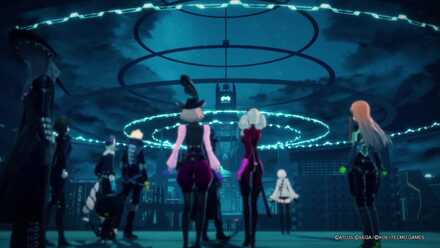 This is the story walkthrough for the Osaka Jail in Persona 5 Strikers (P5S). Here you'll find a guide on how to complete this area, maps of each featured location, boss strategies, and a list of items that can be found. 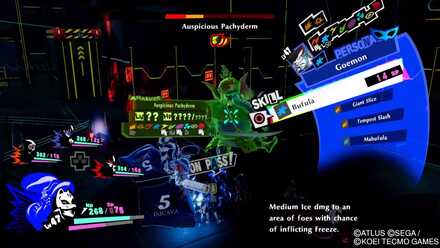 Use Electric, Psy, or Curse skills to destroy his Down Gauge. You can also use the orbs around to create a blast of Psy damage. Even without the affinities this mini-boss is weak against, Yusuke can perform well in this battle as he can counter its normal attacks and can even freeze the Pachyderm. If successfully frozen, you can use Psy attacks to deal bonus technical damage. 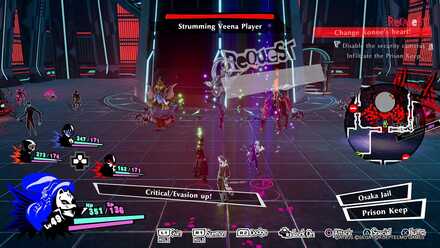 This boss is weak to Nuke damage, which can be amplified further if used while she is burned. Makoto could be your best player here unless you have Unicorn or other Persona with stronger Nuke skills. Keep clearing the field of trash mobs as it can make the fight more difficult, especially since this mini-boss can heal her friends. 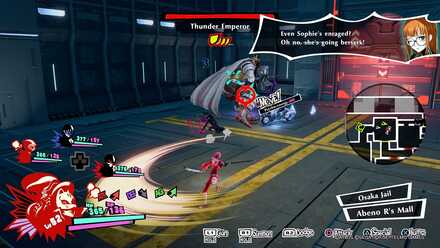 Thunder Emperor's Down Gauge can be taken down quickly using Wind and Psy attacks. You can also use the psycho-energy orbs as an alternative. This mini-boss hits hard so back away and wait for him to attack before letting in a few hits then immediately prepare to dodge his next attack especially Ziodyne, which strikes a wide area around him. 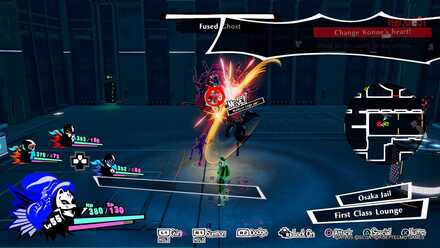 If you haven't checked his weaknesses already, he's weak to Electric, Nuke, and Bless attacks. Makoto could rip it (or them?) to pieces as she can apply Nuke damage to her attacks as well as bomb the area with Nuke type skills. Just be sure to save enough SP if Makoto is your only healer in your party. Bring a Persona with Amrita Drop or items that cure Brainwash as the Fused Ghost can inflict this to your members, making the battle difficult. 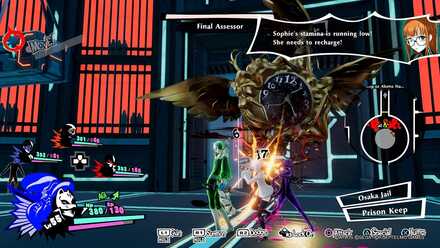 If you improved Arsene's Magic stat, have a better Persona with Curse attacks, or just a decently leveled Makoto, you'll do better in this fight. What makes this battle a bit difficult is the occasional appearance of trash mobs. When the Final Assessor conjures a vacuum, move to the transport drones as simply running away could be dangerous if one of the mobs attacks you and knock you off your feet. 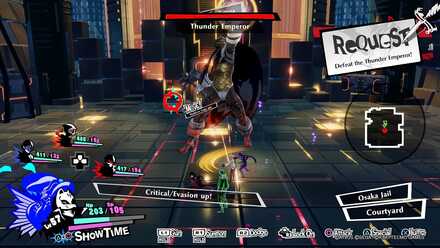 This is the same Thunder Emperor from earlier so his attacks are mostly the same. You'll also have a different set of cover points to use in this battle. Watch out for Megaton Raid and prepare to jump when it's fully charged. Same strategy from earlier: wait for him to attack then charge in while he is recovering. His attacks still have long channeling time so you'll have plenty of time to dodge them. 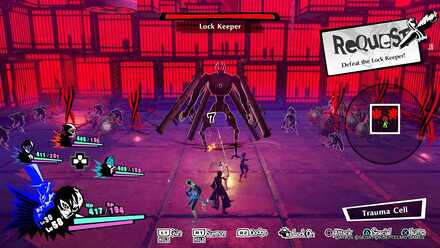 He got big guns! Luckily, these are very slow guns. He can shoot bullets with various elemental affinities and even bullets that can inflict debuffs. The Wind bullet might catch you off guard as it sends a shockwave in the room on impact, requiring you to jump.

For the trash mobs, you'll want to take out the Sarasvati ASAP as they can heal other mobs including the Lock Keeper. Keep spamming attacks the Lock Keeper is weak to and execute an All-Out attack once his Down Gauge is depleted to take out a huge chunk of his health bar. 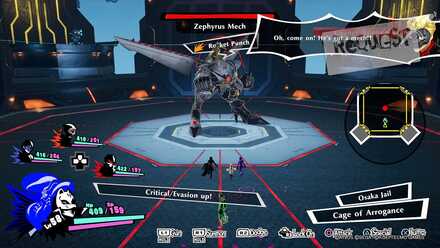 This would've been over in an instant if they just attacked Konoe while he was walking real slow toward the mech. Oh well.

Akira's mech is weak to Nuke and Electric attacks and resistant to the other elements so spam your strongest Nuke and Electric attacks to quickly whittle down its Down Gauge. Its attacks are reaaally slow so you'll have much time to attack while it is preparing to attack or even while it's attacking. Just don't forget to dodge its attacks especially the missile salvo.

If it shoots lasers from its feet, you'll have to jump to avoid it as you can't outrun the beams. Stay back when it starts casting Prominence Ray (the chest beam) as it will deal massive damage in front of the mech and move around the battlefield. 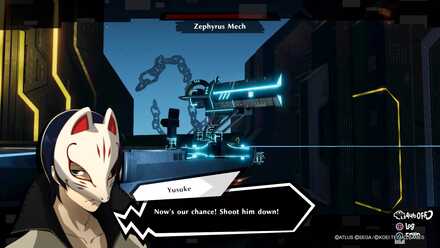 When Zephyrus Mech starts hovering at the center and starts casting Supernova, stay behind it if you can or stay as close as possible to the edge of the field if you're the one being targeted. Run sideways when it finally unleashes Supernova and try to dodge the missiles while running. After the attack, the mech will overheat and you will be prompted to use one of the railguns to shoot it down and take a large chunk of its health bar. 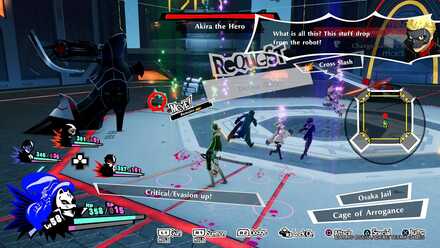 After destroying Zephyrus Mech, Akira himself will fight you. We recommend using Yusuke here not just to make this battle a cool sword fight but also since he can counter most of Akira's attacks. Akira will also have the same weaknesses as his mech but none of its resistances so you don't have to worry about damage penalties when using other affinities.

Run or jump on one of the debris when he starts casting Megidolaon then strike while he is recovering. Time your dodges and counters (if you're using Yusuke) and you will eventually defeat Osaka Jail's Monarch.

In order for us to make the best articles possible, share your corrections, opinions, and thoughts about 「Osaka Jail Story Walkthrough and Map | Persona 5 Strikers」 with us!