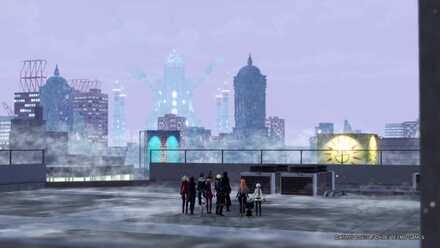 This is the story walkthrough for the Sapporo Jail in Persona 5 Strikers (P5S). Here you'll find a guide on how to complete this area, maps of each featured location, boss strategies, and a list of items that can be found. 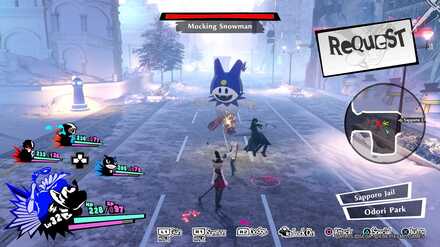 As you may have already guessed, he is weak to Fire attacks. His attacks are slow too and are easy to dodge. If you can deplete his Down Gauge, you can end this fight sooner. 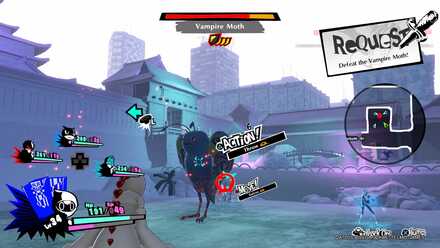 Vampire Moth is weak to those knives scattered in the area. You can use those to whittle down his Down Gauge and ultimately execute an All-Out attack. 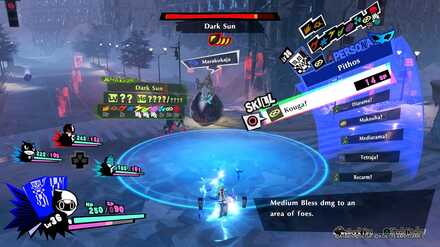 Dark Sun has 3 weaknesses so focus on spamming skills that exploit these. Do not, at all costs, use skills with Fire or Nuke affinity as he will just absorb those. Also prepare to dodge the shockwave with a jump when he stays midair for a moment. 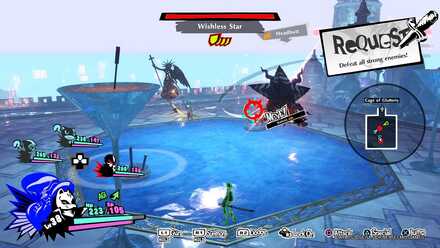 Focus your attacks on Divine Governor first as she(?) can cast healing spells which will just drag on the battle. After taking out the governor, the battle will be much easier as the star's attacks can be easily dodged. As usual, don't forget to exploit their elemental weaknesses to deplete their Down Gauge. 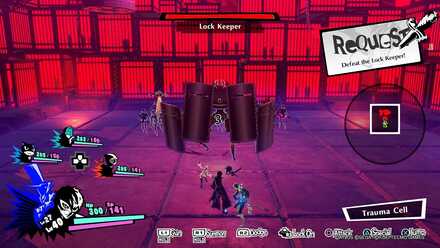 This Lock Keeper is easier than the previous ones since it only has two damaging attacks which are both very noticeable and thus easy to dodge. The big problem here is he can use support skills like Marakukaja on the Shadows he summons. This will make your attacks less efficient and make the battle longer.

Try to interrupt him while he is trying to cast a buff by using skills that inflicts status effects such as Freeze. Follow it up with Psy skills to exploit his weakness and maximize the damage due to the debuff placed on him.

Make sure to bring SP recovery items so you can spam skills he is weak against and land an All-Out attack. 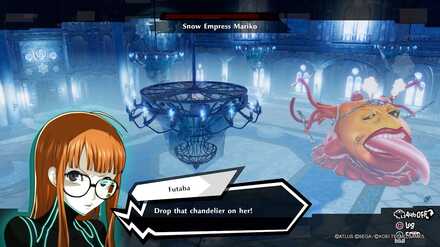 Kinda weird since she isn't weak to Fire despite having a literal body of snow. Or is it snow? Anyway, she is weak to Psy and Curse attacks so Arsene is your best bet here. Don't bother using Ice and Electric skills as it won't do any damage and using Nuke skills is a waste of precious SP.

When she starts going berserk, Psy attacks are much more painful so use those instead of Curse attacks until she calms down.

Dropping her health down to certain percentages will have her swallow one of your members. Drop a chandelier on her to stagger her and free your teammate. 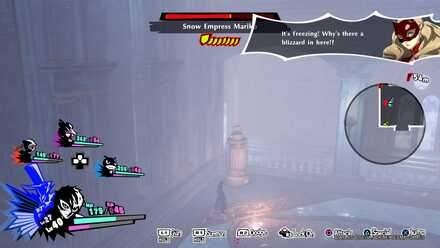 When she casts Freeze and Shiver, examine one of the heaters in the corners of the room to reverse the effect.

In order for us to make the best articles possible, share your corrections, opinions, and thoughts about 「Sapporo Jail Story Walkthrough and Map | Persona 5 Strikers」 with us!