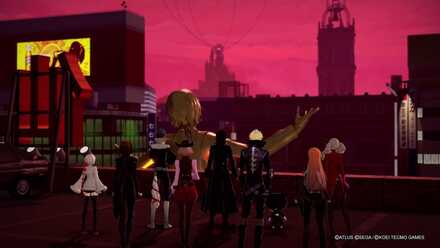 This is the story walkthrough for the Sendai Jail in Persona 5 Strikers (P5S). Here you'll find a guide on how to complete this area, maps of each featured location, boss strategies, and a list of items that can be found.

Stairs of Glory and Despair 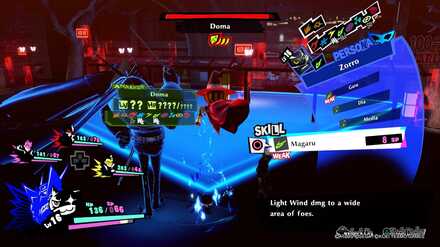 Morgana can take him out real quick with Wind attacks. Be on the lookout for follow-up attacks to deplete the Down gauge and perform an All-Out attack, saving you some SP. 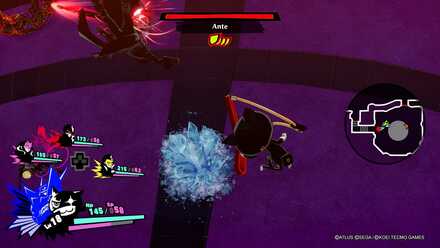 Use Ice attacks often to bring down her Down gauge and execute an All-Out attack. There are also ice crystals around the tower that you can use to your advantage. 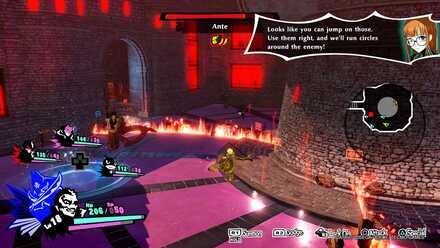 Prepare to jump when she casts Maragion as it will release a ring of fire upon impact. Utilize the Gargoyle Statues to dodge her attacks and follow it up with a Lunge. 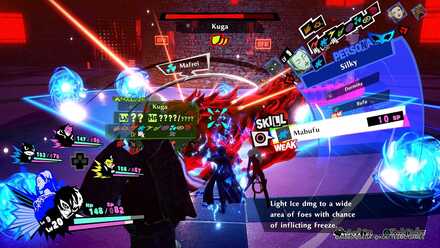 Another mini-boss weak to Ice so exploit this weakness and use Soul Drops to replenish SP if you need to as there are no ice crystals in the field to help you. Stay away when he starts conjuring blue orbs as it can hurt you on contact. 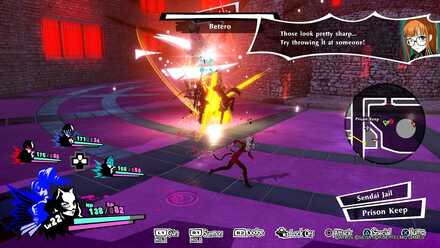 Betero is weak to Electric attacks so bombard him with Zio or stronger skills with Electric affinity until you can execute an All-Out attack. Watch out for his Lunge attack as each can deal heavy damage and there's a possibilty that he will use this attack thrice in a row. 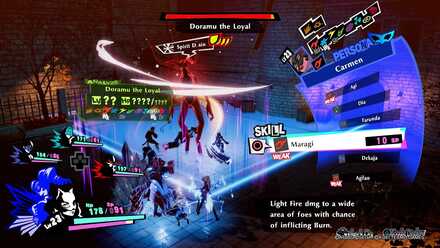 This fight is easier than the previous Mini-Boss encounters. You can use your weakest Fire attack and keep using follow-up moves to whittle down his Down gauge. You can also use the sword monuments scattered in the field to dodge his attacks and find a proper position.

Once all his shields are down, execute an All-Out attack. Rinse and repeat. 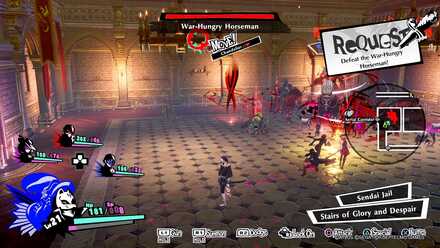 Just like Betero, this mini-boss is also weak to Electric attacks but this one's much more difficult. Spam Zio (or better) and make sure it also hits most of the enemies in the room to take them out quickly. Your goal is to execute an All-Out attack as soon as possible as he can take you out quickly if the battle takes too long.

Use the sword monuments in the room to dodge his attacks and wait for an opening before you charge in. 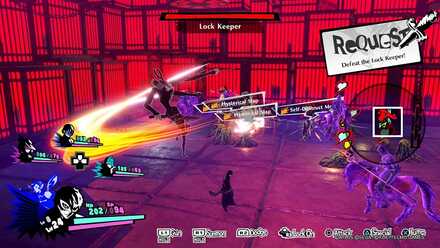 Like every other strong enemy, your goal here is to deplete its Down Gauge as quickly as possible by exploiting its elemental weakness. Since it occasionally summons a horde of minions, make sure your skills also hit most of them so there are less distractions. 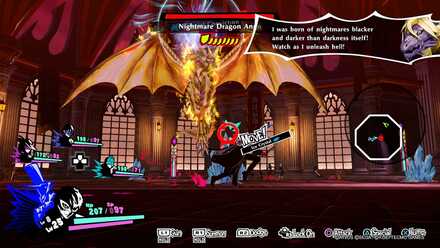 It's recommended that you start this fight with all your party members having full Showtime Gauges. Do this by fighting lesser Shadows around the jail until their gauge is full. You can use this to interrupt any of the Monarch's attacks or to simply dodge a fatal blow.

Bring at least 2 members with strong Ice or Bless attacks to quickly deplete Ango's Down Gauge and execute an All-Out attack. 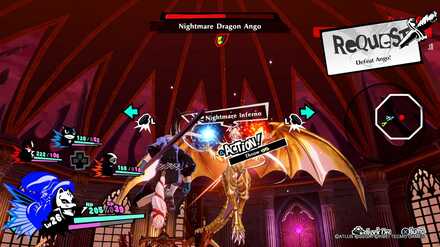 Act fast when he starts casting Nightmare Inferno to avoid taking massive damage. Use the ice crystals in the room to interrupt this attack (make sure the blast hits Ango) or if you already used every crystal, use the sword monuments instead. If you do this correctly, Ango will drop down and be staggered for a while, letting you throw in a few hits.

Stairs of Glory and Despair

In order for us to make the best articles possible, share your corrections, opinions, and thoughts about 「Sendai Jail Story Walkthrough and Map | Persona 5 Strikers」 with us!