You can also check out these new challenges below in the Halloween Tour 2021!

★How to Clear Autumn Challenges 2NEW

★How to Clear Autumn Challenges 1NEW

★How to Clear Tour Multiplayer ChallengesNEW

★How to Clear Tour Challenges 1NEW

★How to Clear Gold ChallengesNEW

★How to Clear Premium ChallengesNEW

★How to Clear Expert ChallengesNEW 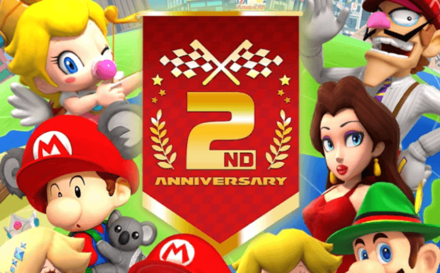 It's time to celebrate our 2nd year on Mario Kart Tour in the 2nd Anniversary Tour! All the rewards are better than the previous tours, even the items you can get in the shop. It will be available until October 6, which will give you enough time to get all of them! 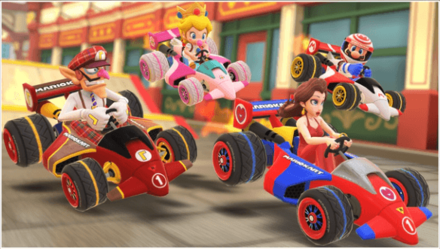 You can fire off a Gold Pipe after clearing all the courses, including bonus challenges, in the 2nd Anniversary Tour. Gold Pipe gives a guaranteed High-End Driver, Kart, or Glider. 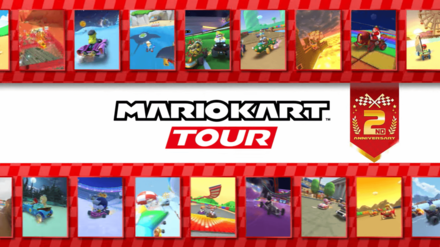 There is a Twitter campaign for Mario Kart Tour to celebrate its 2nd year with us! You can earn up to 22,222 coins total for retweeting the 2nd Anniversary video and posting photos via Auto Mode.

Rewards for Each Pass

The primary Tour Gift for everyone is Baby Luigi, Green Kiddie Kart, and BBIA Parafoil. Gold Pass subscribers will receive additional Tour Gifts such as Gold Pipe Frame, Gold Koopa (Freerunning), and Gold Glider. Don't hold back on getting those Grand Stars to receive these Tour Gifts!

▼Main Rewards for Each Pass

Pauline, Mario (Hakama), Peach (Kimono), Peach (Vacation), and Luigi (Painter) will become a Favored (with 2 item slots) or a Favorite (with 3 item slots) driver on the second course of every cup throughout the 2nd Anniversary Tour. Get them to increase your score in the tour, especially on the weekly Ranked Cup! 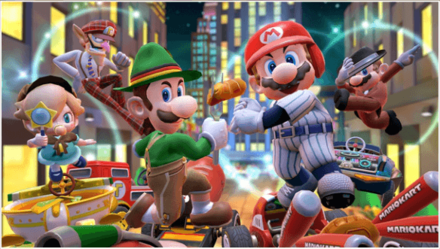 Mario (Baseball), Mario (Musician), Luigi (Lederhosen), Baby Rosalina (Detective), and Waluigi (Bus Driver) will become a Favored (with 2 item slots) or a Favorite (with 3 item slots) driver on the third course of every cup throughout the 2nd Anniversary Tour. Get them to increase your score in the tour, especially on the weekly Ranked Cup!

Using the Pipe 1 on the 2nd Anniversary Tour

Using the Pipe 2 on the 2nd Anniversary Tour

Challenge Missions will be updated

In the update on September 22, Missions such as the Tour Challenges and Gold Challenges were updated. The best strategies for each challenge are collected below, so be sure to check them out.

Register as a member and get all the information you want. (It's free!)
Login
Opinions about an article or post go here.
Opinions about an article or post
We at Game8 thank you for your support.
In order for us to make the best articles possible, share your corrections, opinions, and thoughts about " About 2nd Anniversary Tour" with us!
When reporting a problem, please be as specific as possible in providing details such as what conditions the problem occurred under and what kind of effects it had.

Progressing Through the Game