There is a new version of the game! Click on this link below to see all the changes in the 2.8.0 version update.
★Version 2.8.0 Update InformationHOT

Check out the information about the new tour - Snow Tour!
★About Snow TourNEW

★How to Clear Tour Challenges 1NEW

★How to Clear Tour Challenges 2NEW

★How to Clear Gold ChallengesNEW

This page will show you the shortcuts and how to raise your score at 3DS Rainbow Road, a course in Mario Kart Tour. If you would like to know how to obtain this level's Grand Stars and see which drivers work best on this map, please read on. 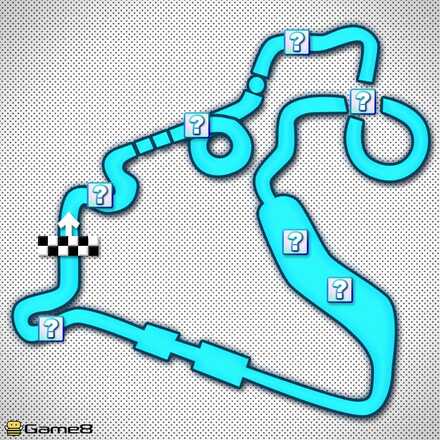 How to Obtain All Grand Stars

Position Points and Gimmicks are the Most Important

In order to obtain the most points possible, you should aim for a high position and use items to knock your opponents out of the lead.

Tips for Raising Your Score 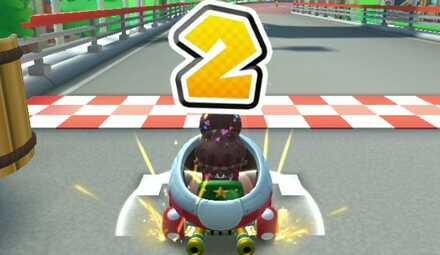 Always start with a Rocket Start. You will get the highest bonus score when you perform the Rocket Start correctly. Rocket Start will also give you an early lead in the race. 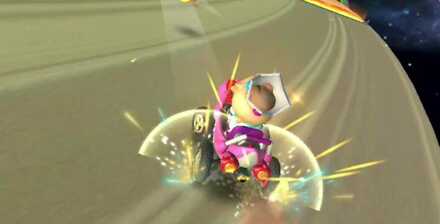 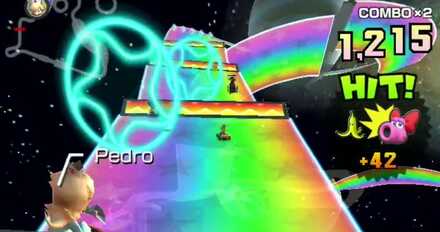 The combo area starts at the first dash panel in this course. You should perform a series of jump boosts and drifts to extend the combo and maximize the score you can get. 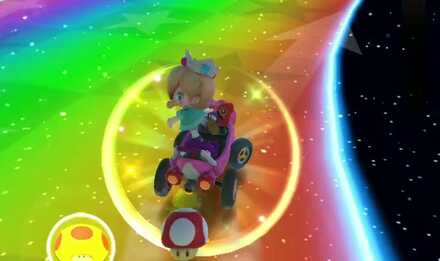 You can perform jump boosts by driving at the left or rightmost part in a waving road right before the start of the 2nd lap. Be sure to do jump boosts to earn high combos. 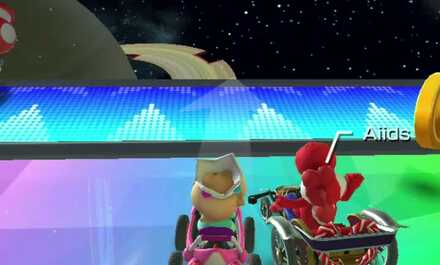 You can glide at the first gliding area after the 2nd lap. Extend glide time to earn more score! 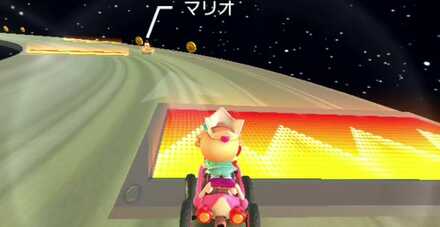 There are tons of dash panels throughout the course and most of them are placed on a curve. Be sure to pass through them while steering to give the acceleration you need and easily perform a super or ultra mini-turbo boost. 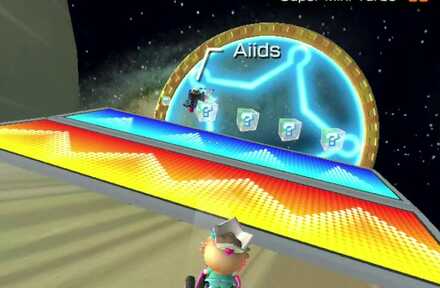 The second gliding area can be passed through right after the first gliding area. Glide through that area and extend the combo you currently have while gliding by passing through the dash panels and performing mini-turbo boosts. 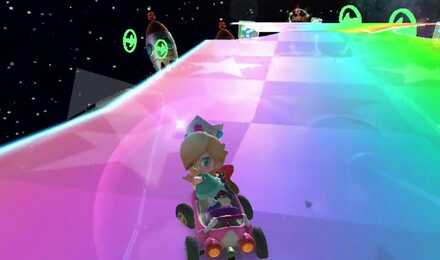 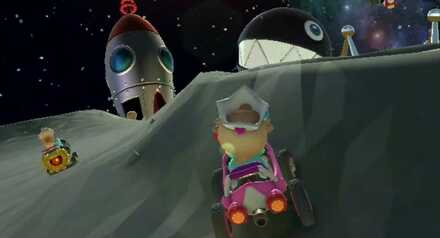 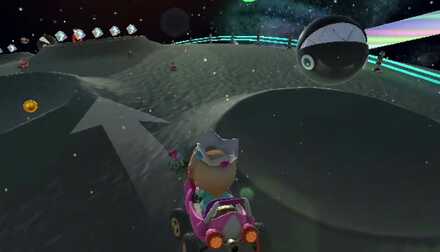 Be careful driving at the crater part of the course. There are 2 rolling chain chomps that can crash you and slow you down. 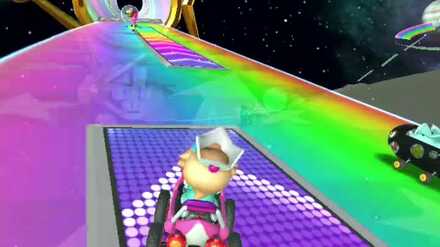 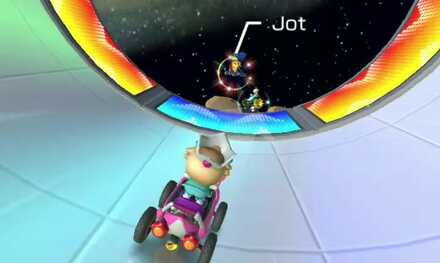 After the rainbow panels part, you will have a chance to glide if you access the blue panel at the rotating platform area. Carefully watch the panels while rotating to pass through the blue panel easily. 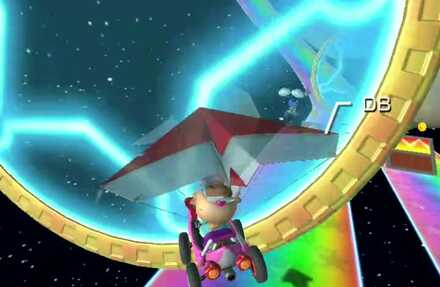 Access star rings to extend glide time and to add more numbers to your combo.

The best combinations of drivers, karts, and gliders are in the table below. They can give you the highest combo bonus and the highest possible score in this course.

The good combinations of drivers, karts, and gliders are in the table below. They can give you a high score in this course.

Note: You can shuffle these drivers, karts, or gliders if you do not have the others yet. For example, you can select Mario (Santa), Quickshaw, and Gold Glider as your driver, kart, and glider combination.

I just found out that this is the longest and biggest course after reading your guide O.O

Register as a member and get all the information you want. (It's free!)
Login
Opinions about an article or post go here.
Opinions about an article or post
We at Game8 thank you for your support.
In order for us to make the best articles possible, share your corrections, opinions, and thoughts about "3DS Rainbow Road Shortcuts and How to Raise Your Score" with us!
When reporting a problem, please be as specific as possible in providing details such as what conditions the problem occurred under and what kind of effects it had.

Progressing Through the Game