List of Mongol Territories and Locations | Ghost of Tsushima 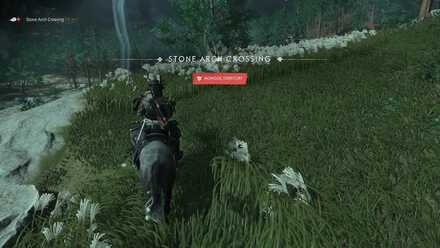 This is a guide for the locations of Mongol Territories in Ghost of Tsushima. Below is a list of areas occupied by Mongols and its rewards!

What are Mongol Territories?

Mongol Territories are areas on the map occupied by Mongols and used as war camps or bases. Mongol-occupied areas are marked on the map with red icons and must be liberated by taking out all the Mongols in the said area.

You can find Mongol Territories by searching it manually while you are traveling, rescuing captives from war bands, or by clearing the fog of war. 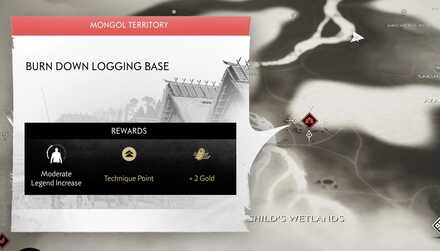 It will also remove the fog around the liberated area and reveal nearby undiscovered areas. Successfully liberating an entire region will clear the region's fog completely.

Below are icons of some of the Mongol Territories with their possible rewards upon liberation.

You can also obtain trophies for liberating a certain number of Mongol Territories as well as liberating the entire Tsushima Island.

Burn Down Logging Base

Register as a member and get all the information you want. (It's free!)
Login
Opinions about an article or post go here.
Opinions about an article or post
We at Game8 thank you for your support.
In order for us to make the best articles possible, share your corrections, opinions, and thoughts about "List of Mongol Territories and Locations" with us!
When reporting a problem, please be as specific as possible in providing details such as what conditions the problem occurred under and what kind of effects it had.