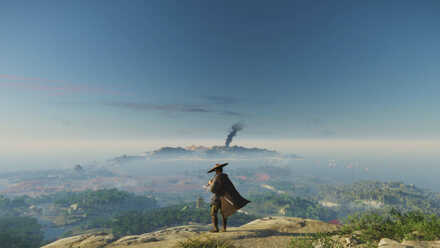 An update for Ghost of Tsushima has been released. Learn more about patch 1.05 and its contents below!

Patch 1.05 has been released on July 27, 2020 for Ghost of Tsushima. This patch contains bug fixes, text changes, and new difficulty settings to get you into your zone!

What is in the Patch?

Note: You can still change the difficulty level between Easy, Normal, Hard, and Lethal anytime in the game.

This setting will now be available in the accessibility menu. Activating Lower Intensity mode will make timing-specific features easier to pull which makes combat a bit relaxing.

Note: You can turn on this setting anytime from the accessiblity menu regardless of the difficulty level you are playing.

You can learn more about the patch notes from the official website by clicking the link below!

Post (0 Comments)
Opinions about an article or post go here.
Opinions about an article or post
We at Game8 thank you for your support.
In order for us to make the best articles possible, share your corrections, opinions, and thoughts about "July 27, 2020 Update and Patch Notes | Patch 1.05" with us!
When reporting a problem, please be as specific as possible in providing details such as what conditions the problem occurred under and what kind of effects it had.