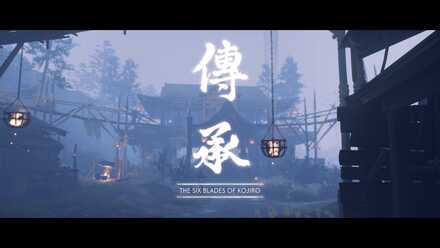 This is a side quest walkthrough for the Tale The Six Blades of Kojiro in Ghost of Tsushima. Keep reading to find out how to complete this Tale, where to find it, and its rewards!

The Six Blades of Kojiro Side Quest Location

The Six Blades of Kojiro Side Quest Walkthrough 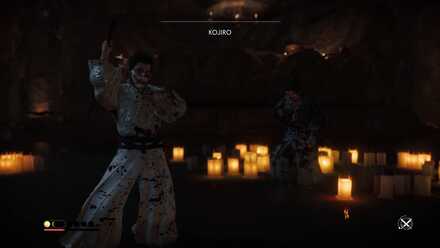 Just liie every other swordsman enemy in the game, using Stone Stance is also effective in dealing Stagger damage to Kojiro. Keep to the Stone Stance and hit him with heavy attacks when you can to Stagger him.

Focus on Parrying and Dodging

Almost all of Kojiro's attacks are unblockable. It is best to have the Deflection and Evasion upgrades in the Samurai Technique trees to make it much easier to parry or dodge his attacks. Careful watch for the light of his sword to see which attacks you need to dodge and which ones you can parry.

Watch Out for Multi-Hit Moves

Kojiro almost never uses single hit attacks and will always go for combo attacks. If you do not parry the first attack, it is guaranteed he will go for another attack right after. Always be on your guard even after dodging his attacks.

The Six Blades of Kojiro Side Quest Rewards

Register as a member and get all the information you want. (It's free!)
Login
Opinions about an article or post go here.
Opinions about an article or post
We at Game8 thank you for your support.
In order for us to make the best articles possible, share your corrections, opinions, and thoughts about "The Six Blades of Kojiro Side Quest Walkthrough | How to Defeat Kojiro" with us!
When reporting a problem, please be as specific as possible in providing details such as what conditions the problem occurred under and what kind of effects it had.