This is a page for the list of all the enemies you will encounter in the game Death Stranding, Read on to know more information about the enemy and its weaknesses. 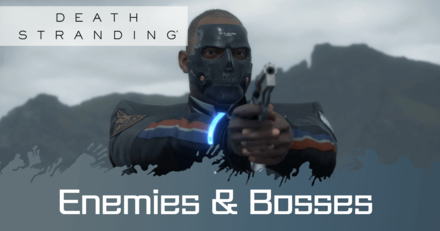 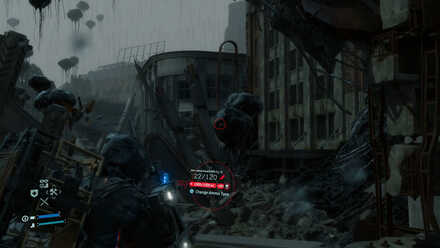 Floating Brain-shaped BT that explodes on contact, it also explodes when attacked. Constantly check your Odradek if they are getting any BTs are getting close to you, try to snipe them before they get in range to deal damage. 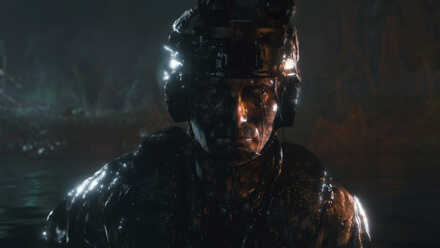 This will be the last time you will have to fight Clifford and it is also the most difficult one. During this battle do not fight him head-on, this area is covered with bushes and trees. Use this to your advantage to stealthly kill off some of the Soldier BTs around the map to prevent them from surrounding you. 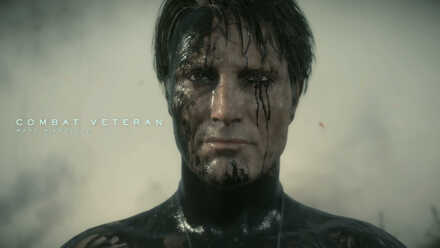 Your first fight against Clifford, Clifford spawns a few Soldier BTs that will patrol around the area, these Soldiers BTs uses different weapons. make sure that you use Assault Rifles when shooting Clifford and Handguns against Soldier BTs to conserve ammo. Also pick up as much Weapons and Blood Bags as you can for more ammo around the area. 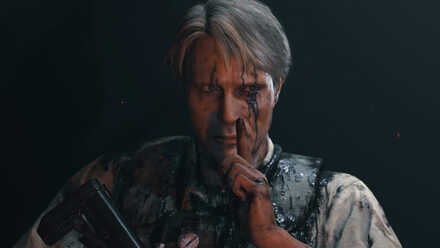 Same as from the previous Clifford fight, Clifford will fall back when he receives enough damage. Also Clifford now spawns groups of Soldier BTs that will protect him while some will patrol the surrounding area. Make sure that you use Armor Plates to protect yourself from their attacks. 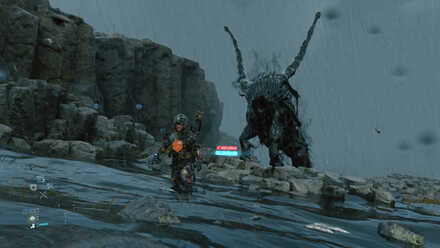 This BT only spawns on the Central Region once the Tar BTs bring you down. Getting caught by its attacks will make you repatriate and will cause a voidout. You can easily despawn this BT by running out of its pool of tar if you are not carrying guns or 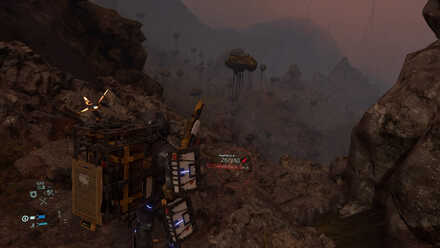 Looks exactly the same as the Brain-shaped BT but has the same color as a Chiral Crystal. This type of BT splits into two smaller Golden Brain-shaped BT when attacked. This BT also explodes on contact and causes an instant game over. 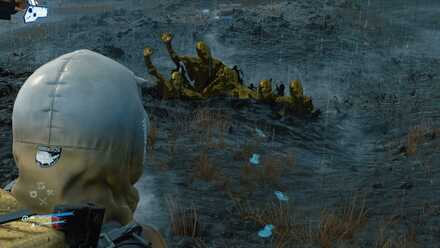 This looks exactly the same as the Tar BT but it has the same color as Chiral Crystals, if this type of BT brings you down it will automatically result to a game over. This type of BT will only spawn if you get caught by a normal BT near a recent voidout. 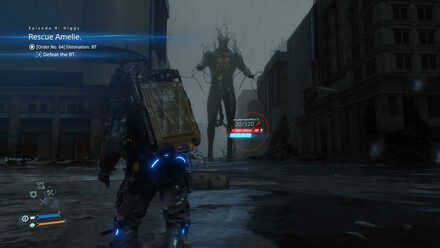 Higgs will show up on different areas of the large BT, make sure that you are hitting Higgs when using your strong weapons like Quadruple Rocket Launcher to deal massive damage. Watch out for the umbilical cord if it starts sucking in tar from the ground, once it reaches the stomach it will automatically spawn Brain-shaped BTs making the fight more difficult. Try to shoot down the umbilical cord whenever it starts moving to prevent this from happening. 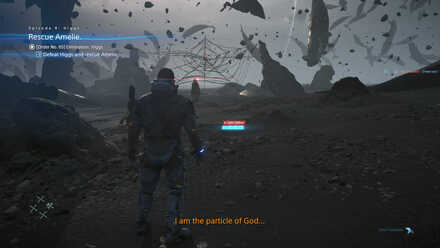 During this fight you wont be able to use any Weapons to defeat Higgs, however you can greatly increase your meele attacks if you try to punch while carrying the destroyed packages around the area. Once you have dealt enough damage it will automatically go to the second phase of the fight where you and Higgs will to fight each other with your bare hands. Both of you will have your own health and stamina bar. Try to mange your stamina with your punches and blocks. Cryptobiotes will start to show up when Higgs is about to lose, this time be as aggressive as possible with your attacks and take the Cryptobiote from him to finish the fight. 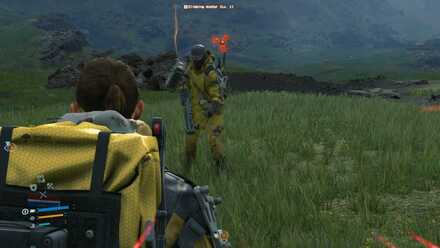 MULEs will only try to knock you out or grab your cargo away from you, if you get knocked out by a MULE. All of your cargo will be stolen and can be retrieved inside the Postbox inside their camp. They have vehicles and different weapons they can use to chase you around their camp to steal your cargo, however if you are not carrying any cargo with you, they will completely ignore your presence even inside their camp. Killing MULEs may cause a voidout if not taken care of properly. 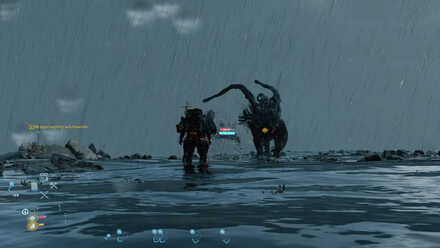 You will fight this BT while carrying Mama to Lockne, you can easily avoid this fight by running out of its range and it will automatically despawn this boss. 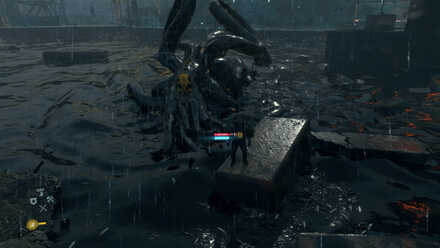 You will encounter this BT when you first arrive at Port Knot City in Episode 2: Fragile, you will receive multiple Hematic Grenades before the start of this fight. It will only take a couple of hematic grenades to finish off this boss, but make sure that you are carrying enough Blood Bags to make this fight easier. 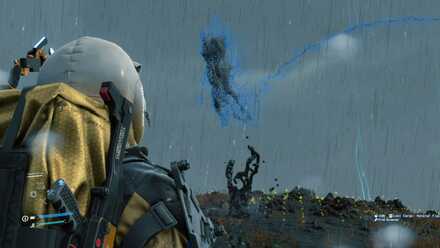 Floating human shaped ghosts with an umbilical cord attached to it, sometimes they can be seen as a baby making it more difficult to shoot. You can easily escape this BT as long as you do not make any sound and not make any contact to its body. Getting caught by this BT will spawn a pool of tar around you and summons multiple Tar BTs. 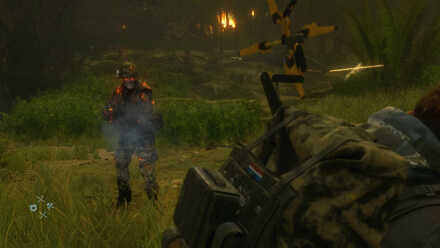 This BT only shows up on the war during Cliff's memories. They carry different kinds of weapons(Assault Rifle, Handgun, and Shotgun) depending on which memory you are in. 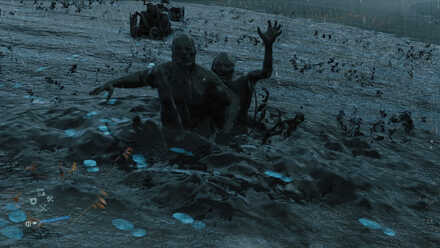 This BT comes out of tar and will try to bring you down if you run out of stamina and drag you to fight the mini-boss depending on which region you are at. This type of BT will only spawn if you get caught by a Normal BT. 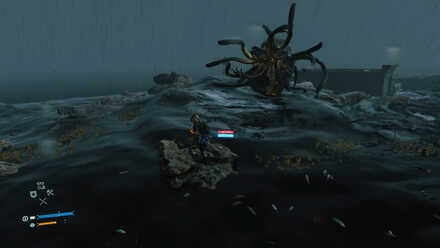 This BT only spawns on the Eastern Region once the Tar BTs bring you down. Getting caught by its attacks will make you repatriate and will cause a voidout. 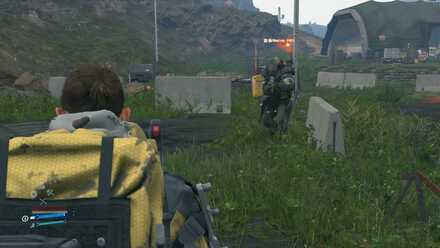 Terrorists can be found on multple locations on the Central Region, unlike MULEs they will try to kill you if you are inside their area. Killing Terrorists may cause a voidout if not taken care of properly. 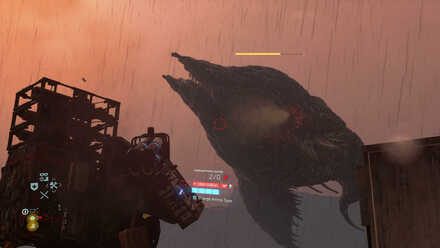 This BT will slowly but constantly change its position from under the ground and on the sky while summoning Tar BTs (sometimes Golden Tar BT) to attack you. Landing your shots will be easy because of the BT's large size, use your strongest weapons to dish out as much damage as you can. Once its HP changes to red, the Whale BT will use the instant game over move more frequently forcing you to constantly move and dispose your heavy hitting weapons.

Register as a member and get all the information you want. (It's free!)
Login
Opinions about an article or post go here.
Opinions about an article or post
We at Game8 thank you for your support.
In order for us to make the best articles possible, share your corrections, opinions, and thoughts about "List of Enemies & Bosses" with us!
When reporting a problem, please be as specific as possible in providing details such as what conditions the problem occurred under and what kind of effects it had.