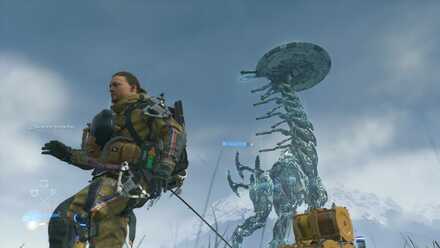 This is a page on the Easter eggs and secrets hidden in the game Death Stranding. Additionally, hidden animation and secret interactions can also be located on this page. 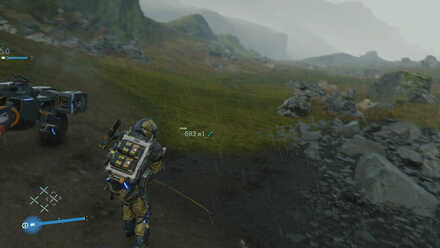 If you move the camera to see the his private parts while peeing it will trigger a dialogue where sam is angry at you for trying to look. 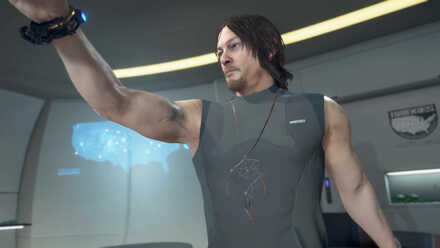 Drinking too much Monster Energy Drink inside the Private Room will cause sam to get drunk and trigger secret animations. 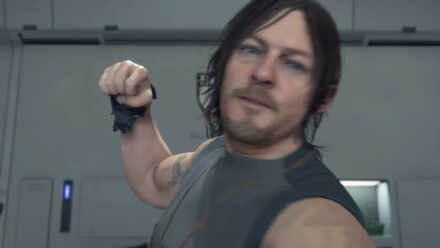 If you try to zoom in to Sam's Crotch while inside the Private Room, you can trigger a secret animation where sam punches the camera. 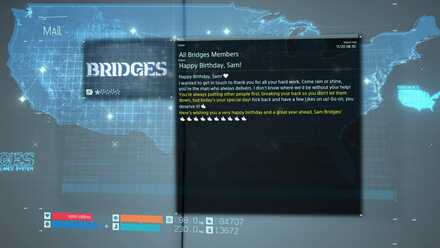 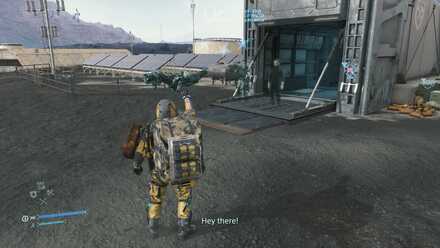 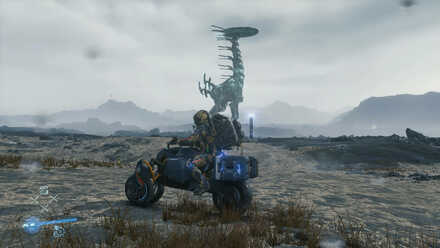 A hologram of Tallneck can also be unlocked as an easter egg from Horizon Zero Dawn once you get enough Connection Level from The Craftsman. 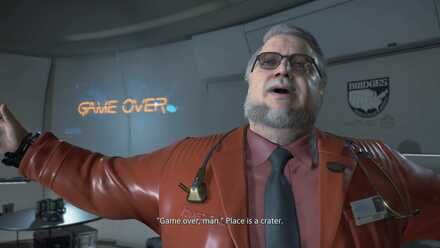 You can see the same font of the word Game Over from the game Metal Gear Solid during the cutscene with Deadman on the background.

Kept you waiting huh? and What took you so long? 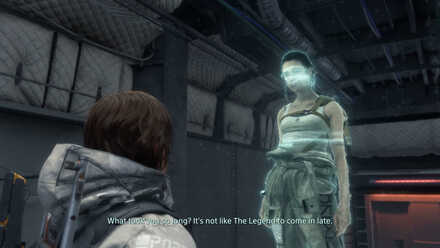 The two popular lines ''Kept you waiting huh?'' and ''What took you so long?'' are both said at the begining of death stranding as reference from the Metal Gear Solid. 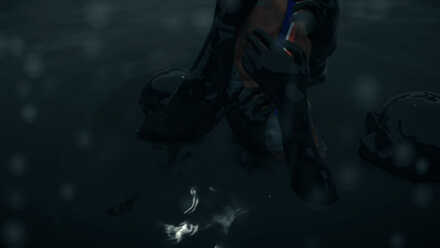 Hideo Kojima the creator of this game Death Stranding and Metal Gear Solid can be seen as a BT on the cutscene at the begining of the game when you are delivering a corpse to the incinerator. He can also be seen inside your private room, if you wait long enough you will sometimes trigger a cutscene where sam is dreaming that he is being pulled down by a Hideo Kojima BT. 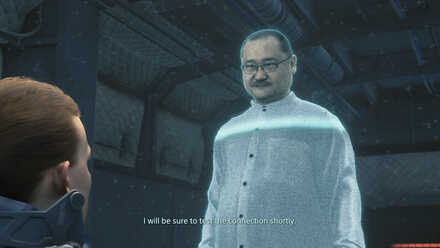 Several celebrities has appeared as characters on death stranding. For a full list of celebrity cameos click on the link below.
Cast of Celebrity Characters

Register as a member and get all the information you want. (It's free!)
Login
Opinions about an article or post go here.
Opinions about an article or post
We at Game8 thank you for your support.
In order for us to make the best articles possible, share your corrections, opinions, and thoughts about "Secrets and Easter Eggs" with us!
When reporting a problem, please be as specific as possible in providing details such as what conditions the problem occurred under and what kind of effects it had.