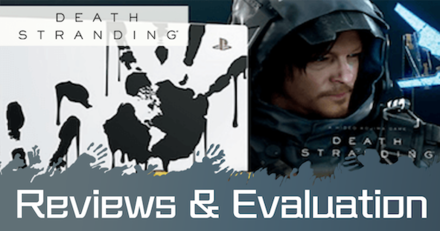 This article features our review of the game Death Stranding. Read on to hear our real reactions on playing and getting to know Hideo Kojima's latest creation.

Reviews and Evalution of Death Stranding

A new kind of experience never seen before 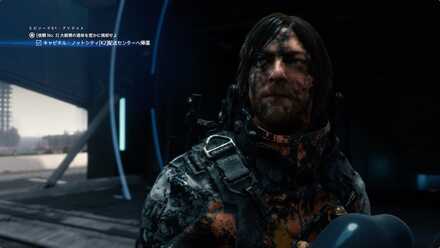 In Death Stranding, the goal is to reunite America once again. Mr. Kojima has used the keyword “Unity” time and again when describing this game, and it's a word which appears again and again in the game as well. “Sam”, the main character, is a renowned porter, and the player makes deliveries across the world of the game to reunited the scattered groups of people living there.

The phrase “Errand game” is often used to make fun of open-world games, but Death Stranding truly is a game where running errands is the focus. The player is forced to rack their brains in order to accomplish each of the game's “Orders”, the term used in the game to refer to Sam's deliveries.

Freedom of movement is limited for the player 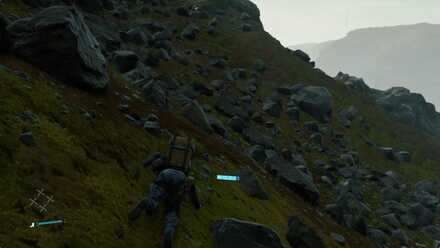 Sam collapsing upon a lapse of attention

In the first part of Death Stranding, you will be controlled by your limitations. “Sam”, the main character, carries his Cargo on his back and walks an untamed road, crosses rivers, climbs over steep cliffs, and is denied freedom of movement in every way. On top of all that, Sam must carry heaps of Cargo, and will often fall down when there is no road for him to walk on. 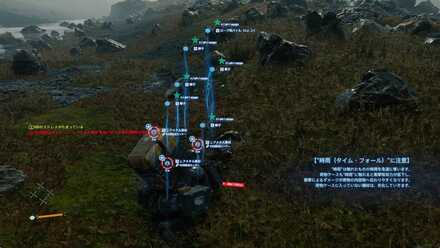 You will collapse under the weight of your Cargo, search for safer routes, and even perish by falling from the edge of cliffs. There are bikes and vehicles available, but on unserviced roads, it's difficult to continue using them, and they will often run out of battery, so in the first part of the game, they don't play a huge role.

It's an experience which the game's limited freedom makes possible 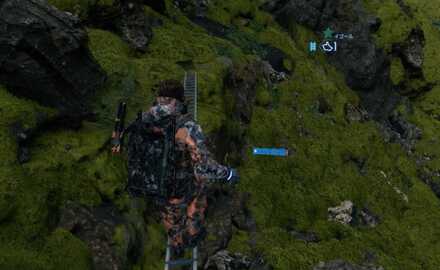 The player must deal with these restrictions throughout the first part. Even if you find Cargo you want to carry for extra rewards, you often won't be able to handle all of it, as if you load up too much, you'll fall over and the Cargo will be damaged as a result. However, it can be said that these repeated trials and tribulations allow the player to feel the meaning of Unity which Mr. Kojima was intending to convey.

The player is, obviously, on their own throughout the game. However, other players who are connected to you online will often leave traces behind. Sometimes, a ladder or a bridge will be left across a river, and in a location with Timefall, there might be a building (Timefall Shelter) there to protect people from it.

Besides that, on scanning around you can see the footsteps left by other players, and by following those paths, you can find easier roads. Additionally, a Like feature similar to those in social media apps exists to convey your feelings of gratitude to other players.

Differences Between Online and Offline Play

Our reactions on playing Death Stranding

A game where you can feel real “Unity” 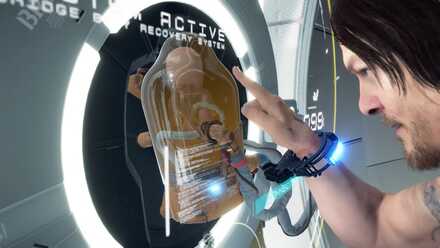 According to Mr. Kojima, Death Stranding is a game where players can feel 'Unity', and being restricted is one of the parts of that feeling. In the world of Death Stranding, which has been completely divided, groups exist which want it to remain divided, and there are those for whom striving towards 'Unity' acts as cover for their own selfish goals.

In the midst of all these people and groups, the player simply carries Cargo, and 'Unites' the world just through that. Mr. Kojima said, Games and entertainment are not something through which the player can escape from war. This implies a deeper meaning in the themes of the game, expressed through Sam's altercations with human foes as well as the ghoulish BTs.

However, in the end, Death Stranding is not a game of defeating the enemy, and even in an anonymous online state where players cannot directly interact, it's clear that this is a game about 'Unity'–working together to overcome the hardships of reality. One could say that Death Stranding makes the player suffer, in order to truly create a sense of appreciation for those who take the time to help others in the midst of their own struggle.

People who are interested in the game should definitely try it 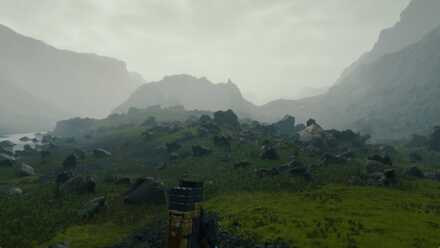 The graphics are conventional but beautiful

Death Stranding is not a game packed with exciting action, where you go toe-to-toe with enemies and best them in combat. However, while being on its front an Errand Game, this truly is a game that imparts a whole new experience by embracing the core of its Errand-based gameplay and developing on that aspect.

The detailed story provides an important context to the game, and for people who were initially interested in the game content and world, we'd definitely recommend giving this game a try. Although its unique style of gameplay may not be everyone's cup of tea, Death Stranding is a genre and label-defying game which, while flawed on first glance, merits another look beyond the surface.

▶︎Check the comments for others' reactions

Post (0 Comments)
Opinions about an article or post go here.
Opinions about an article or post
We at Game8 thank you for your support.
In order for us to make the best articles possible, share your corrections, opinions, and thoughts about "Reviews and Evaluation" with us!
When reporting a problem, please be as specific as possible in providing details such as what conditions the problem occurred under and what kind of effects it had.