What is the Best Starter Unit? | Attack on Titan Tactics

This page will show you what is the best character to choose. Read on to know the other things to consider when choosing a character in the game.

What is the Best Starter Unit?

Pick your character with the highest Luck and set that character as the leader in the team to get more Money after winning a stage in Money Quest. Basically, 5-star units have the highest base Luck stat in the game, be sure to upgrade a character to 5-star or test your luck pulling on characters in the Gacha! 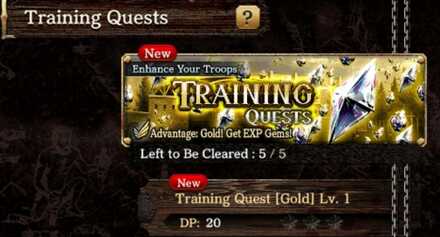 Everyday, Training Quest will change its Stage Attribute. You can pick characters with the same attribute of the stage to get there stats increased in the stage. 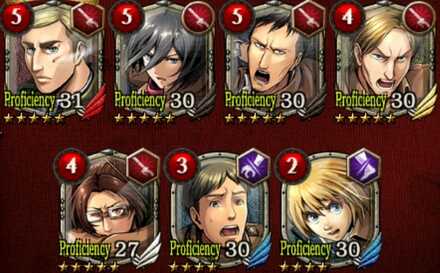 The secret to clearing the story in the game is to have all types and attributes of units. Getting enough characters with a specific attribute in a team is the best thing to have for stages that have attributes that increase the stat of specific characters. And, selecting one or two Assault or Intercept units in the team will greatly support your Offensive units in battle. 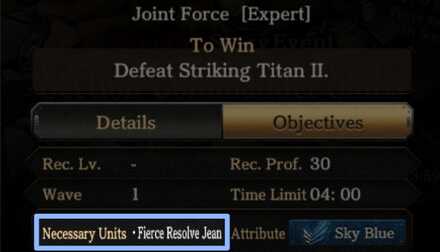 Most of stages in the Special Events requires a specific unit/s in a team before you can participate. Study that character/s and select the best team for them. You can check out this link below to see all the characters' details.
List of Characters

Other things to Consider

Basically, having strong characters will be helpful to progress in the game. For the list of the best characters in the game, click this link below.
Character Tier List 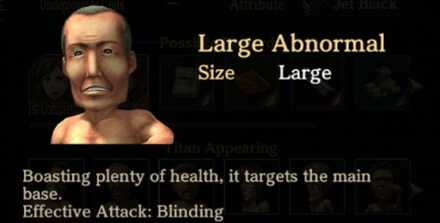 Consider choosing characters in your team depending on the weaknesses of the enemies. By doing so, the difficulty of the stage will decrease significantly. Obtaining 3 stars in a stage will also become easy for you.
Titan Types Explained

Enjoy the game to the fullest by choosing your favorite characters to participate in battle!

Register as a member and get all the information you want. (It's free!)
Login
Opinions about an article or post go here.
Opinions about an article or post
We at Game8 thank you for your support.
In order for us to make the best articles possible, share your corrections, opinions, and thoughts about "What is the Best Starter Unit?" with us!
When reporting a problem, please be as specific as possible in providing details such as what conditions the problem occurred under and what kind of effects it had.