How to use Buddy Attack | Attack on Titan Tactics

This article will teach you how to use Buddy Attack in Attack on Titan Tactics (Aot Tactics). Read on to learn the requirements and restrictions when using Buddy Attack.

How to Use Buddy Attack

Be sure to have a Main Buddy Unit, or you won't be able to use Buddy Attack. Test your luck in the Gacha tab to pull for characters that have Buddy Attack.
List of Characters with Buddy Attack

A Buddy Unit is also required when performing a Buddy Attack. You can check if a unit is a Buddy unit, before the battle or in Unit Development tab. 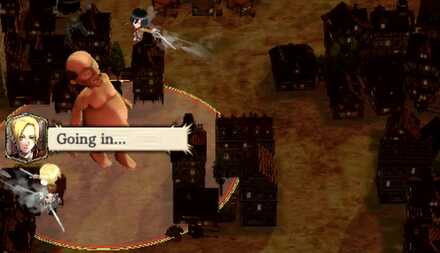 Post (0 Comments)
Opinions about an article or post go here.
Opinions about an article or post
We at Game8 thank you for your support.
In order for us to make the best articles possible, share your corrections, opinions, and thoughts about "How to use Buddy Attack" with us!
When reporting a problem, please be as specific as possible in providing details such as what conditions the problem occurred under and what kind of effects it had.