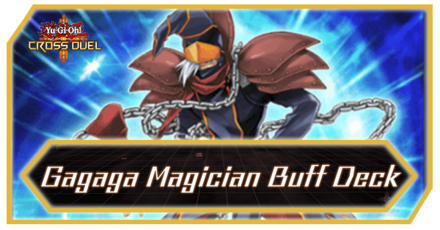 Swarm your opponent in Yu-Gi-Oh! Cross Duel with this simple Gagaga Magician Deck! We've got the full deck list breakdown, combos, and more!

This Gagaga Magician Deck is an aggro type deck that focuses on swarming the field with monsters with the aim of overwhelming your opponent.

Using a mixture of monsters with ATK Support, Seal, and many others -- this deck, instead of having a standard Ace Monster, aims to improve the overall quality of all the monsters in the Deck to help them fight toe-to-to with your opponents' Ace Monsters.

Lay and wait for the first part.

Summon a monster with either ATK Boost or the Focus Skill first to improve their survivability as you scout how your opponents are playing..

Once you've figured out your opponent's playstyles, it's time to swarm the field.

Summoning monsters with ATK Support, etc will help boost their ATK making them more durable and effectively improving their longevity onto the field.

Curse, Seal, ATK Debuff on the other hand will aim to weaken and possibly even limit some of the actions your opponent's monsters can take.

And summoning Stargazer Magician with its Special Skill will add a layer of protection to your monsters upon summon. Now, they won't be able to be targeted by pesky skills like Blue-Eyes White Dragon's Special/Master Skill.

Just keep summoning, and pile on one of your opponents, to quickly diminish their LP, helping you take the lead.

There is no specific time as to when to bring out your Gagaga Magician. Just go with the flow of battle, and bring it out when you feel it's right.

But note that when you do, and it does get destroyed in battle, it's Reincarnation Skill will send it back to the hand, giving you a second chance to summon it. 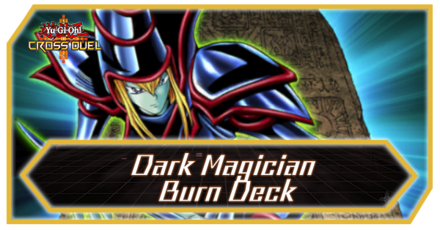 The best way to counter Gagaga Magician Decks is to bypass their swarming of the field and to attack said opponent directly..

Using a deck similar to the Dark Magician Burn Deck and sending monsters with Snipe to quickly target said opponent will quickly turn the duel to your favor.

In order for us to make the best articles possible, share your corrections, opinions, and thoughts about 「Gagaga Magician Deck List and Card Guide | Yu-Gi-Oh! Cross Duel」 with us!