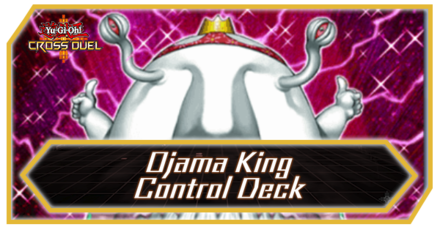 This Ojama King Control Deck revolves around controlling your opponent's to limit the amount of actions they can do within the duel..

With Ojama King's Special Skill, you can select one of your opponent's Monster Zones and it will look them out of summoning a monster onto that zone, leaving you with a free lane to Attack your opponent, until the end of the next turn.

This, together with monsters with Skills like ATK Boost, you're pretty much paving the way for your monsters to deal big damage to a specific opponent, leaving them with little to do, to stop you.

Lastly, with the Ojama Monsters' Reincarnation, you can receive a steady supply of monsters to further deal damage to your opponents, with them returning to your hand, instead of simply ending up in your GY.

The key is to quickly get Ojama King onto the field. Using either Dark Resonator or Performapal Hip Hippo with the Double Material Skill, you simply need to use either one of them, instead of normally having to tribute two of your monsters to summon your Ace Monster.

Choose one of your opponents, and quickly bring out Dark Resonator or Performapal Hip Hippo onto the Field to summon your Blue-Eyes White Dragon on the lane of your chosen opponent.

Immediately after, bring out your Ojama King by tributing the other Double Material Skill Monster, and select the Monster Zone at the other end of your Blue-Eyes White Dragon.

Now, your opponent won't be able to summon anything else on it, till the end of the next turn.

There is no specific time as to when to bring out your Ojama King.

The best way to find out when, is when you have a lot of your hard hitting monsters in your hand to quickly do follow-ups to attack a specific opponent with, while their Monster Zone is locked.

Use your best judgment as to when this is right for you. 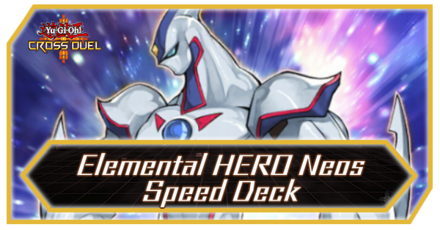 Going with a Deck that revolves around the Superspeed Skill such as an Elemental HERO Neos Deck will give you the upper hand.

Being to quickly overwhelm your opponent and attack them to regain lost LP due to Ojama King Control Deck's Effects will keep you high up in the rankings.

In order for us to make the best articles possible, share your corrections, opinions, and thoughts about 「Ojama King Control Deck List and Card Guide | Yu-Gi-Oh! Cross Duel」 with us!