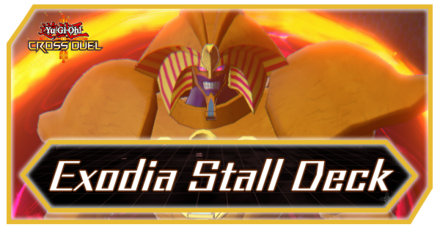 Exodia Stall is a Stall deck in Yu-Gi-Oh! Cross Duel. Learn how to play the deck, combos, counters, and more to climb the ranked ladder!

As of writing, Exodia is the only monster in the game that has an Instant Win Skill when its conditions are fulfilled. All it needs is to draw 5 Normal Monster Cards to win the Duel, resembling the five cards needed in the original card game. 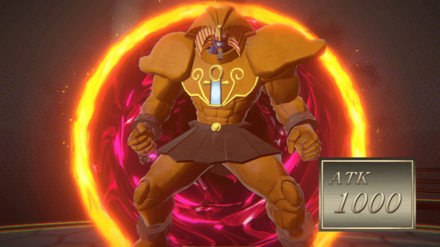 However, there are currently no Skills nor Card Effects in the game that allow to draw more cards outside of the Draw Phase, and with Exodia being a Guardian Monster it has to remain on the field as long as possible for its effect to fully trigger.

To fully maximize the possibility to win through Exodia's win condition, a Deck full of Normal Monsters with the best stats possible has become the standard option to play this Deck. 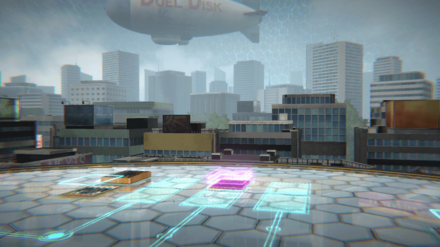 The worst case scenario for this Deck is to run out of monsters to summon and protect Exodia. As much as possible, do not unleash all the monsters on all three lanes at the very start of the Duel. Try to summon on lanes that are most likely to have monsters incoming later in the Duel. 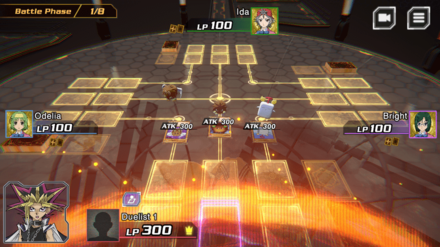 Try to summon monsters alternating between being in Attack and Defense Position depending on the monsters coming in from the opponent. Even Ace Monsters will fall to an onslaught of monsters with high stats.

Because Exodia needs at minimum five turns, one for each Normal Monster drawn in the Draw Phase, summon Exodia into the Guardian Monster Zone immediately in the Main Phase of Turn 1.

While the general idea is to run a Deck of only Normal Monsters, the player does have the option to bring a number of Spell and Trap Cards into the Deck as support to the monsters.

Trap Cards like Reinforcements, Castle Walls and Shadow Spell can be of great help to your monsters in surviving with stat boosts. Lightforce Sword stops the other three players from unleashing their Ace Monsters for a turn, which can give Exodia some time.

As for Spell Cards, the same principle applies; keep supporting the monsters you have on the field to protect Exodia. Block Attack and Swords of Revealing Light immobilizes the opponents' monsters, while Mask of Brutality and Rightful Magic provides support in the Battle Phase. 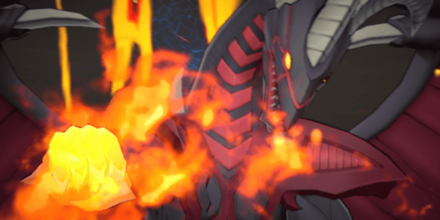 Red Dragon Archfiend is extremely dangerous for this Deck, as its Master Skill automatically destroys monsters in Defense Position at the end of every turn. Having 3000 ATK also means players might have to spend a lot more resources in comparison, like multiple monsters and Spell Cards. 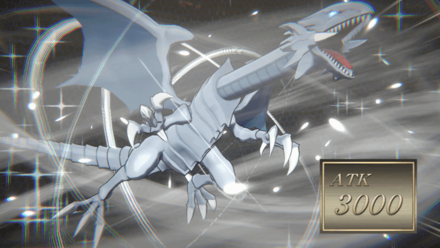 Blue-Eyes White Dragon shares the same ATK stat as Red Dragon Archfiend, but being a simple Normal Monster only requires 2 tributes as its summon prerequisite; getting it on the field is far simpler. On top of that, its Master Skill and Special Skill also destroy monsters upon being Summoned, which in itself is a threat to Exodia. 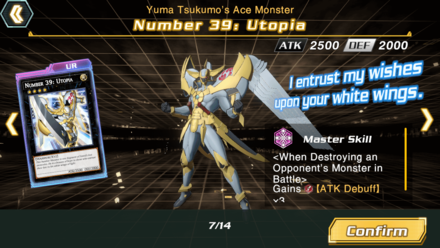 Number 39: Utopia is a menace in battling monsters, with its Special and Master Skills granting the ATK Debuff Skill that decreases the ATK of monstners it battles. Having a requirement of 2 Level 4 monsters is an easy requirement to fulfill, and 2500 ATK is pretty decent for an Ace Monster. 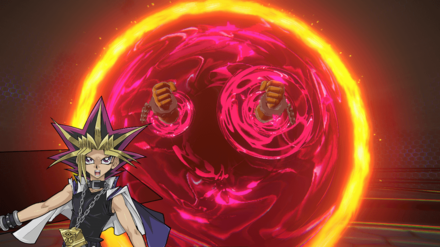 The moment a player summons Exodia in their field, it would not be a bad assumption to think the other three players are immediately going after the Exodia player with monsters being sent in all three directions. If the players come together

In order for us to make the best articles possible, share your corrections, opinions, and thoughts about 「Exodia Stall Deck List and Card Guide | Yu-Gi-Oh! Cross Duel」 with us!