This is the Skills section for the game The Outer Worlds. Refer to this page for a list of skills available within the game. 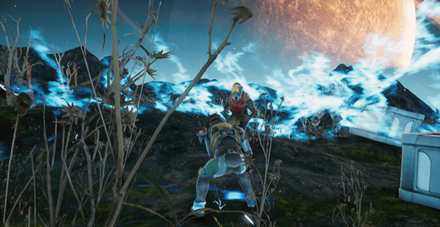 This is the Skills section for the game The Outer Worlds. Refer to this page for a list of skills available within the game.

Along with Attributes, Skills determine your character's potential in combat, in interacting with other characters, and in completing certain tasks such as picking locks, hacking terminals, and more.

How to Improve Skills

Your character will start with bonuses in certain Skills based on their Attributes and Aptitude, but these bonuses will quickly be dwarfed by the bonuses yielded by leveling up. Each time your character levels up, you're able to freely assign 10 points to any of the 6 groups of Skills, which will apply the points to each of the Skills within that group.

Once a Skill hits 50 points, you'll start having to assign points to it directly, instead of assigning points to its Skill group. Unfortunately, this means your points will get less bang for their buck, as you won't be able to power up multiple Skills at once when doing assigning points to Skills which are over 50.

Every 20 points in a given Skill unlocks a special effect adding to your character's potential related to that Skill. These Skill Unlocks can include new attacks and commands, such as Lockpicking, boosts to attack damage under given situations, increased item gain rates, and more.

The Handguns skill decreases Weapon Sway while firing one handed firearms, and also increases Critical Hit chance with those weapons.

The Long Guns skill decreases Weapon Sway while firing rifles and other long guns, and also increases Critical Hit chance with those weapons.

The Dodge skill increases the distance traveled when Dodging and reduces the duration of harmful status effects.

The Block skill provides bonus Armor Rating while holding a melee weapon and can allow a Perfect Block (unlocked at 20).

The Persuade skill is used in conversations and also has a chance to inflict Cower (crippling fear) when you first damage a Human target.

The Lie skill is used in conversations and has a chance to inflict Scramble (slowly attack allies) on an Automechanical when attacking you.

The Intimidate skill is used in conversations and has a chance to inflict Terrify (flee for a short time) on nearby Creatures when you kill one.

The Hack skill reduces the hacking time and number of Bypass Shunts needed for hacking, and can allow you to Hack an Automechanical.

The Lockpick skill reduces the unlock time and number of Magpicks needed for picking locks.

The Medical Skill increases the Heal Amount profided from items in the Inhaler, increases the duration of effects, and opens extra slots.

The Science skill increases damage of Plasma and Shock damage weapons. Science also improves the special effects for Science Weapons. Higher Science skill unlocks the ability to Tinker any weapon on armor in the Workbench, increasing their power.

The Engineering skill reduces the Armor Parts and Weapon Parts needed to repair your equipment.

The Inspiration skill increases the damage inflicted by your companions.

The Determination skill increases the maximum health of your companions.

Post (0 Comments)
Opinions about an article or post go here.
Opinions about an article or post
We at Game8 thank you for your support.
In order for us to make the best articles possible, share your corrections, opinions, and thoughts about "List of Skills" with us!
When reporting a problem, please be as specific as possible in providing details such as what conditions the problem occurred under and what kind of effects it had.