This is a page about the latest Super Smash Bros Ultimate Nintendo Direct. All new character announcements, game changes revealed in E3 and Nintendo Direct videos, as well as Mr. Sakurai Presents videos that give an in-depth look at new Smash Ultimate characters can be found here!

When Is The Next Super Smash Bros Ultimate Direct? 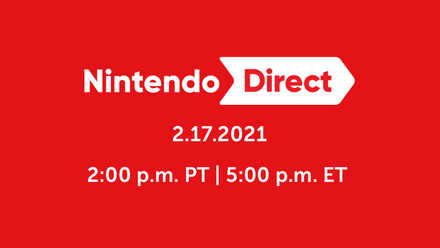 In a tweet from Nintendo of America, it was revealed that a 50 minute Nintendo Direct will be broadcast at 2:00p.m. PT / 5:00p.m. ET, and that it would be focused on games such as Super Smash Bros. Ultimate. Given the past Directs from Nintendo revealed in this way, it seems highly likely that a new character will be announced.

The Nintendo Direct can be viewed from the times listed above by going to the page below.

What character is getting announced?

While it is still anyone's guess as to what character will be revealed, many Smash players are hopeful for fan-favorites such as Dante (Devil May Cry), Sora (Kingdom Hearts), Crash Bandicoot, or Phoenix Wright. Potential DLC characters can be seen in the guide below!

When Will the Next DLC Character Come Out?

Register as a member and get all the information you want. (It's free!)
Login
Opinions about an article or post go here.
Opinions about an article or post
We at Game8 thank you for your support.
In order for us to make the best articles possible, share your corrections, opinions, and thoughts about "February 17 2021 Nintendo Direct: Potential New Character Announcement" with us!
When reporting a problem, please be as specific as possible in providing details such as what conditions the problem occurred under and what kind of effects it had.