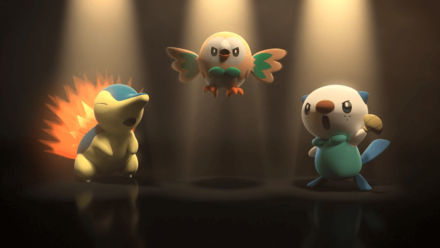 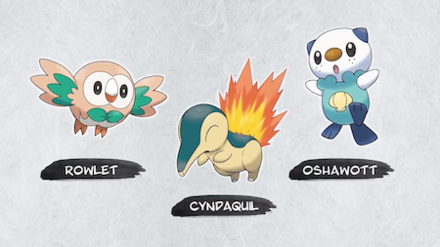 Rowlet is a Pokémon from the Alola region. It uses photosynthesis to store up energy during the day, while becoming active at night. Silently it glides, drawing near its targets. Before they even notice it, it begins to pelt them with vicious kicks.

Cyndaquil is a Pokémon from the Johto region. It is timid and always curls itself up in a ball. When it’s surprised, the flames on its back flare up stronger. When it is attacked, it uses its flames to protect itself.

Oshawott is a Pokémon from the Unova region. With the scalchop on its stomach, it blocks opponents’ attacks, then retaliates immediately by slashing. Its scalchop can be used to break open hard Berries as well.

Register as a member and get all the information you want. (It's free!)
Login
Opinions about an article or post go here.
Opinions about an article or post
We at Game8 thank you for your support.
In order for us to make the best articles possible, share your corrections, opinions, and thoughts about "Starter Pokemon" with us!
When reporting a problem, please be as specific as possible in providing details such as what conditions the problem occurred under and what kind of effects it had.