This is a beginner's guide to Pokemon Cafe Mix. Learn how to progress through the first part of the game, and all about the basic techniques and obstacles you will encounter!

All Bonuses for Orders 1-9

Each Pokemon has a unique Cafe Skill that they can use while completing Orders. By matching Pokemon icons, the gauge in the bottom left will fill up. When it gets full, a Skill will appear as a new icon on the screen! 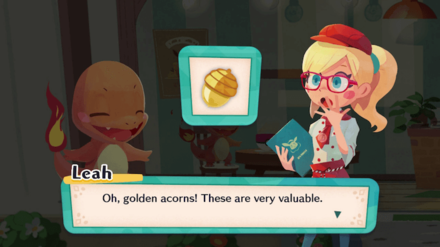 Golden Acorns are obtainable items which act as an in-game currency. Golden Acorns can be used to increase your number of remaining turns in an Order, recover your Hearts, and buy Items.

Unlike gacha games, there's no currently known element of chance or rare Pokemon collecting possible with Golden Acorns, so they are mostly used as a way to help players continue when they run into difficulties with completing the puzzles. 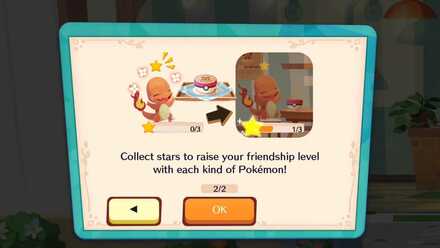 Friendship Level is akin to a Pokemon's Level in the main series. By increasing visiting Pokemon's friendship level, players can recruit them to join as staff, and increase the stats of Pokemon who have already joined.

How to Increase Friendship Level

Megaphones are a type of icon which appear during Orders to assist players. When players make matches successfully, they will appear facing a certain direction, and when used, can destroy icons in a row in the direction they are facing.

The Tea Shelf is one of the available upgrades for the cafe. As the cafe gains more upgrades, the cafe's Offerings will increase as well, and for each new Offering which appears in an Order, new Gimmicks will appear to challenge the player.

Upon adding the Tea Shelf, the player will gain Lilligant Floral Tea as an Offering, and the Sugar Cube Gimmick will begin appearing.

The Sugar Cube is a Gimmick unlocked together with Lilligant Floral Tea upon addition of the Tea Shelf. The Sugar Cube can be destroyed by making 3 Matches touching it, or by using a single Cafe Skill or Megaphone on it. Be sure to use these bonuses effectively to take out the Sugar Cubes! 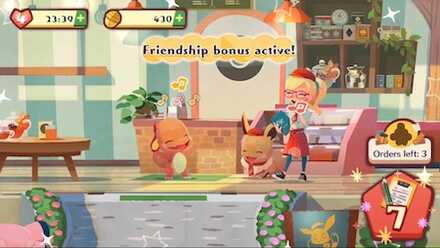 After you've unlocked Charmander, the second Pokemon for your staff, you'll be able to change between the Leader who carries out the Order. Some Pokemon have a Specialty which makes their Cafe Skill gauge fill up twice as fast on an Order which matches that Specialty. Be sure to always pick the right Leader for an Order to get the most out of your matches! 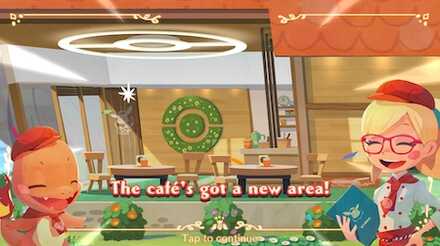 As you complete Orders, the cafe will begin to expand with new Areas, which will attract more Pokemon to come and visit the cafe. Continue completing Orders and creating new Areas to gain more and more new Pokemon for your staff!

Register as a member and get all the information you want. (It's free!)
Login
Opinions about an article or post go here.
Opinions about an article or post
We at Game8 thank you for your support.
In order for us to make the best articles possible, share your corrections, opinions, and thoughts about "Beginner's Guide to the Early Game" with us!
When reporting a problem, please be as specific as possible in providing details such as what conditions the problem occurred under and what kind of effects it had.