This is a guide to to the November 2021 rerun of the event "For the Sake of Family: Trey Arrives!" in the game Yu-Gi-Oh! Duel Links. Read on to learn how to participate in the event, and obtain the different gifts and rewards available during the event.

This is a guide to to the November 2021 rerun of the event For the Sake of Family: Trey Arrives! in the game Yu-Gi-Oh! Duel Links. Read on to learn how to participate in the event, and obtain the different gifts and rewards available during the event.

How To Play Trey Arrives! 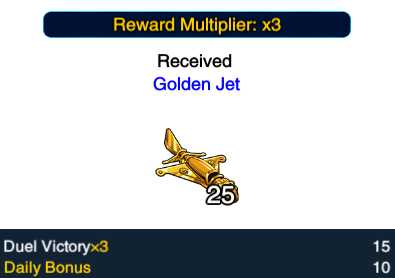 Each time you Duel anyone, may it be a Standard Duelist, a Legendary Duelist, The Vargrant or even fellow Duelists in PvP, you will receive Golden Jets as an exclusive point system during the event, where you can use to Duel against Trey in the Duel Gate. You will earn more Golden Jets whenever you win, so keep winning as much as you can. 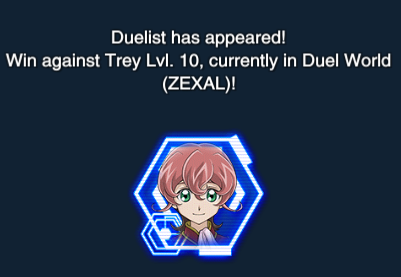 Players will be rewarded in their committement to the eventt through a point ladder system, where prizes await on certain levels. It's only when Dueling against Trey where you will be earning points to climb the reward ladder, so keep Dueling when you can to keep earning Jets for the Duel Gate, and get Trey to appear on the Duel World! 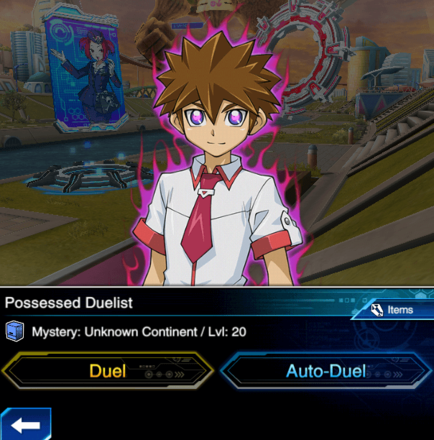 If it is not Trey that appears on the Duel World, Possessed Duelists take his place instead. Should they appear, you have the ability to try out Trey and his event-exclusive Chronomaly deck! Take note of a couple of things, however:

After unlocking Episode 4, the Possessed Duelist gets a partner and the Duel has become a Tag Duel. You have to win a Duel against this at least oncee to move on to the next episode coming out soon. 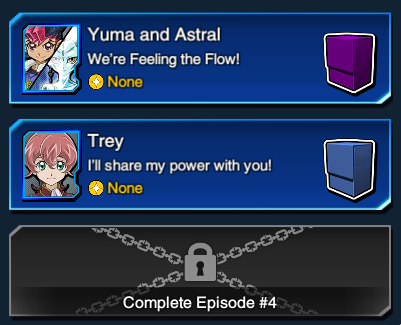 At first, Yuma/Astral and Trey are your only options thus far for partners. Only after completing Episode 4's requirement will the third Tag Parter become available: Quattro. You have the option of controlling your partner, or letting the AI do its thing to assist you automatically.

To constantly have the Tag Duel option available on the field, you have to keep Dueling and winning! The Friendship Meter faster fills as you win, depending on who you battle against; keep battling your heart out to gain access to the Tag Duel!

Check out the percentages of increase here: 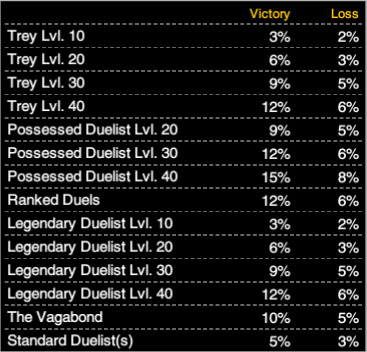 Trey himself will become an unlockable Legendary Duelist for the first time through this event! Make sure to complete the requirements below to be able to play as him, alongside newly released Skills and brand-new Level-up rewards! 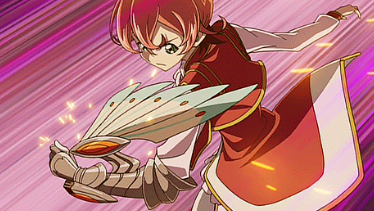 Trey is a character from Yu-Gi-Oh! ZEXAL, and is the younger brother of Quattro. He would do anything for family, including fighting against Yuma and Astral. His signature archtype of cards involve the Chronomaly cards, with his signature monster being Number 36: Chronomaly Atlandis!

Register as a member and get all the information you want. (It's free!)
Login
Opinions about an article or post go here.
Opinions about an article or post
We at Game8 thank you for your support.
In order for us to make the best articles possible, share your corrections, opinions, and thoughts about "For the Sake of Family: Trey Arrives! (November 2021) Event Guide" with us!
When reporting a problem, please be as specific as possible in providing details such as what conditions the problem occurred under and what kind of effects it had.