This is a guide to to the event "The Power Beyond Dimensions: Declan Akaba" in the game Yu-Gi-Oh! Duel Links. Read on to learn how to participate in the event, and obtain the different gifts and rewards available during the event. 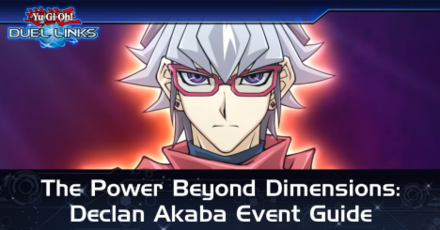 This is a guide to to the event The Power Beyond Dimensions: Declan Akaba in the game Yu-Gi-Oh! Duel Links. Read on to learn how to participate in the event, and obtain the different gifts and rewards available during the event.

How To Play Power Beyond Dimensions 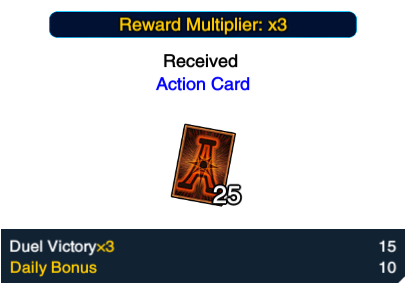 Each time you Duel anyone, may it be a Standard Duelist, a Legendary Duelist, The Vargrant or even fellow Duelists in PvP, you will receive Action Cards as an exclusive point system during the event, where you can use to Duel against Declan in the Duel Gate. You will earn more Action Cards whenever you win, so keep winning as much as you can. 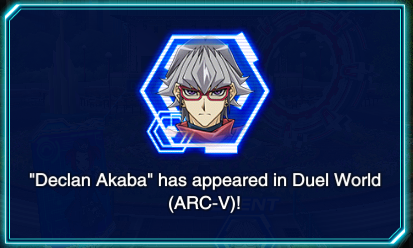 Players will be rewarded in their committement to the eventt through a point ladder system, where prizes await on certain levels. It's only when Dueling against Declan where you will be earning points to climb the reward ladder, so keep Dueling when you can to keep earning Jets for the Duel Gate, and get Declan to appear on the Duel World!

Once you complete Episode 2, you will also gain a chance to Duel against a special version of Yuya Sakaki instead. In turn, you are able to try out playing as Declan Akaba and his event-exclusive Deck! This is the perfect time for Duelists to get a feel for the D/D archetype!

Upon completing Episode 5 of the event, you will have a chance to go against a Level 60 version of Professional Duelist Declan Akaba! Make sure you go into this Duel with your best setup possible to not let event points go to waste!

A brand new style of Dueling has debuted in this event: Action Duels!

In Action Duels, a Dueltain Meter will appear on the side of the field. The meter increases whenever you or your opponent fulfill a certain condition during the Duel.

To note, the Dueltain Meter will affect the conditions in your EX Skill, your LID Curriculums, and your Duel Assessment bonus.

The aformentioned EX Skill is called Action Card, where you can activate an Action Card somewhere within the Action Duel field when you meet the certain conditions. There are 6 different Action Cards, and they remain the same for you and your opponent. Each card can only be used once per Duel.

NOTE: In Action Duels, you are free to your equipped Skill alongside the EX Skill, and the Dueltain Meter will not decrease whenever using said EX Skill.

Upon completing Episode 2, players can also take on the LID Curriculum as well. These are panels that slowly open up whenever you complete their courses, which usually has some requirements needed to be fulfilled.

Make sure to complete the LID Curriculum Panels alongside the event! Rewards such as accessories and an icon are obtainable through this side mission!

Power Beyond Dimensions - Rewards and Gifts

Declan himself will become an unlockable Legendary Duelist for the first time through this event! Make sure to complete the requirements below to be able to play as him, alongside newly released Skills and brand-new Level-up rewards!

Power Beyond Dimensions - About Declan 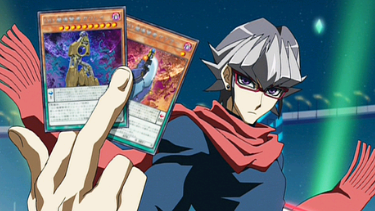 Declan is a character from Yu-Gi-Oh! ARC-V initially teased at the very end of the first ARC-V World Duel Links teaser, and is a force to be reckoned with. At only 16 years old, this man is the president of the gigantic Leo Corporation and the Leo Institute of Dueling (LID). He is also the leader of the Lancers, a group of Duelists that protect the world from invaders from other dimensions, with him being one of the few to know about their existence.

Beware when Dueling against Declan: he is one of the only Duelists that has mastered the four Extra Deck Summoning methods: Fusion, Synchro, Xyz and Pendulum.

Register as a member and get all the information you want. (It's free!)
Login
Opinions about an article or post go here.
Opinions about an article or post
We at Game8 thank you for your support.
In order for us to make the best articles possible, share your corrections, opinions, and thoughts about "The Power Beyond Dimensions: Declan Akaba Event Guide" with us!
When reporting a problem, please be as specific as possible in providing details such as what conditions the problem occurred under and what kind of effects it had.