This is a guide to to the September 2021 KC Cup in the game Yu-Gi-Oh! Duel Links. Read on to learn how to participate in the tournament, and what decks to look for against players from around the world.

This is a guide to to the September 2021 KC Cup in the game Yu-Gi-Oh! Duel Links. Read on to learn how to participate in the tournament, and what decks to look for against players from around the world.

About The KC Cup 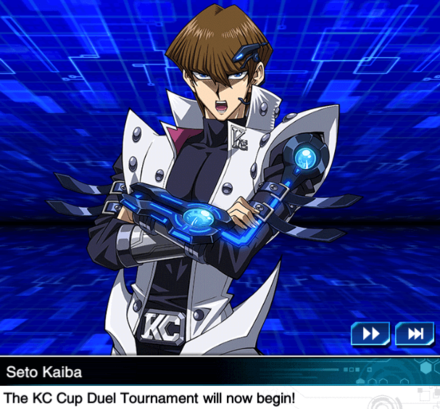 The KaibaCorp Cup is Duel Link's recurring PvP event, where the focus is on Dueling against other players of Duel Links across the World. This is primarily for competitive Duelists, who wants to see how good they are in the game against other seasoned players.

Take note that the players' performances here can directly cause a possible qualification to the annual KC Grand Tournament. Be at the very top of the ladder, and you might just be very well invited to future KC GTs in the future!

To participate in this event, it only has one requirement: Your Duel Links account must be at Stage 6 and above.

Players will have a unique Level called DLv., which serves as their eligibility within the tournament proper. Those who have reached DLv. 15 and DLv. 17 will not be demoted below the respective levels, and the maximum DLv. is set at DLv. 20.

To help everyone get a start, players will have respective starting points with their DLvls, depending where they placed in Ranked Duels before. Take note of the following rankings:

As an incentive for players to participate in the KC Cup, Duelists will be rewarded up to 50 Gems a day, along with some EX Gems should they play at least 4 Duels in the KC Cup proper.

As this event involves dueling against other players and rank themselves high enough to move to the next round, expect all Duelists to bring their best and favorite Decks.

This section does not guarantee you will always encounter the following decks all the time, but it is more of a guideline of what archtypes and style of decks can possibly frequently show up.

Getting to a certain DLv. Ranking for the first time will reward players with certain prizes as well! Do your best to climb up the ladder to claim all the rewards!

Additionally, the rewards here are retroactive if you start your DLv. Rank at a high place due to your Rank from Season 63. For example, if you start at DLv. 9, you will claim all the prizes on and prior to the given Rank.

Depending on where you place in the global ranking, you will be rewarded with more gifts. The higher the placement, the more prizes to be won, so do not hesitate to keep climbing the ranks, and make your way to the very top of the Duel World!

Register as a member and get all the information you want. (It's free!)
Login
Opinions about an article or post go here.
Opinions about an article or post
We at Game8 thank you for your support.
In order for us to make the best articles possible, share your corrections, opinions, and thoughts about "KC Cup (September 2021)" with us!
When reporting a problem, please be as specific as possible in providing details such as what conditions the problem occurred under and what kind of effects it had.