This is a guide for building a Yosenju Deck in Yu-Gi-Oh! Duel Links. Learn which cards are needed to build this Deck, how to play the Yosenju, as well as counters, and more! 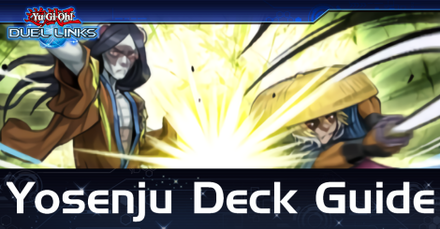 This is a guide for building a Yosenju Deck in Yu-Gi-Oh! Duel Links. Learn which cards are needed to build this Deck, how to play the Yosenju, as well as counters, and more!

If there was a Deck that defined the strategy of hit-and-run, the Yosenjus are the archtype that perfected it. Their monsters' ability to return to the hand at the end of the turn makes their swarming ability a rather pesky one, and unless players find a way to catch the slippery Main Deck monsters (never mind their additional prowess in the Extra Deck), they may just swindle their way to victory. 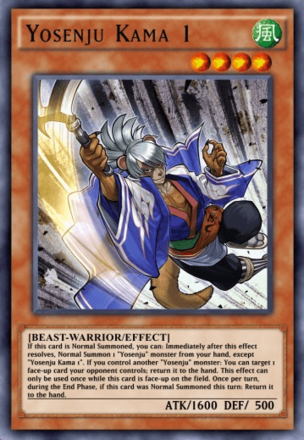 NOTE: Ideally, you should have Fire Formation - Tenki, Yosen Training Grounds and two different variations of Yosenju Kama in your hand to pull off this standard combo.

Given how these monsters keep returning to the hand when Normal Summoned, the Deck is very slippery. The best way to neutralize the strength of this Deck is to negate their effects beforehand or as they come, and deny them the chance to return back to the hand.

For the most part, the Main Deck monsters have rather weak statline, outside of Yosenju Oyam. Because of this, against Decks that are overwhelmingly powerful stat-wise the Yosenjus will have a hard time. Simply, when the opening presents itself, unleash all your high-ATK monsters and end the game before the opponent gets a chance to Normal Summon the Yosenjus again.

Register as a member and get all the information you want. (It's free!)
Login
Opinions about an article or post go here.
Opinions about an article or post
We at Game8 thank you for your support.
In order for us to make the best articles possible, share your corrections, opinions, and thoughts about "Yosenju Deck Guide" with us!
When reporting a problem, please be as specific as possible in providing details such as what conditions the problem occurred under and what kind of effects it had.