This is a guide for building a Gimmick Puppet Deck in Yu-Gi-Oh! Duel Links. Learn which cards are needed to build this Deck, how to play the Gimmick Puppet, as well as counters, and more! 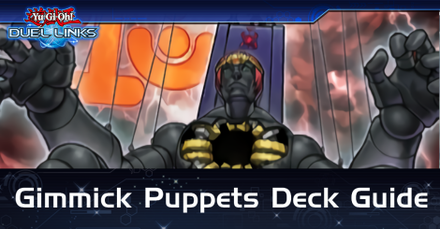 This is a guide for building a Gimmick Puppet Deck in Yu-Gi-Oh! Duel Links. Learn which cards are needed to build this Deck, how to play the Gimmick Puppet, as well as counters, and more!

A unique Xyz-focused Deck that may rely heavily on its Extra Deck for its true strength to shine, but relies more on control of the field rather than sheer firepower. Don't let those Main Deck monsters with low ATK fool you-- they can easily swarm the field and set up Xyz Summons in the blink of an eye.

How to Play Gimmick Puppet 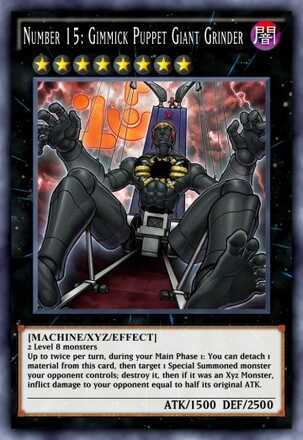 The Main Deck monsters have very low stats, but their ability to swarm the field because of their effects is something most Decks want as it grants access to Extra Deck plays. Try to bottleneck their access there by using varying floodgates that stops the enemy from summoning too much.

Gimmick Puppets use the Graveyard as a secondary resource as quite a number of the archtype's monsters have Graveyard effects. Try using effects that banish cards from their Graveyard way before they get to use it for their effects.

Register as a member and get all the information you want. (It's free!)
Login
Opinions about an article or post go here.
Opinions about an article or post
We at Game8 thank you for your support.
In order for us to make the best articles possible, share your corrections, opinions, and thoughts about "Gimmick Puppet Deck Guide" with us!
When reporting a problem, please be as specific as possible in providing details such as what conditions the problem occurred under and what kind of effects it had.