This is a guide to to the KC Grand Tournament Preliminaries in the game Yu-Gi-Oh! Duel Links. Read on to learn how to participate in the tournament, and how to qualify in the next stage of competition.

This is a guide to to the KC Grand Tournament Preliminaries in the game Yu-Gi-Oh! Duel Links. Read on to learn how to participate in the tournament, and how to qualify in the next stage of competition.

About The KC Grand Tournament 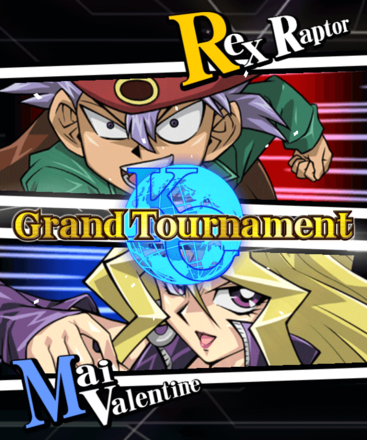 The KaibaCorp Grand Tournament is Duel Link's recurring PvP event, where the focus is on Dueling against other players of Duel Links across the World. This is primarily for competitive Duelists, who wants to see how good they are in the game against other seasoned players.

It begins with the Preliminary Tournament, which this event will hold rankings for nearly two weeks, before a Qualifying Stage opens near the end of the event for those who are able to meet the requirements.

How To Participate In The Tournament

All players are qualified to participate in the KC Grand Tournament Preliminaries.

Players will have a unique Level called DLv., which serves as their eligibility within the tournament proper. Those who have reached DLvs. 2~20, DLv. 22 and DLv. 25 will not be demoted below the respective levels.

Duelists can fight without worry, as demotion can only occur up to two ranks below the player's highest ranking reached thus far! Those who manage to reach DLv. 25 are eligible to participate in the Qualifiers on 06/11/2021!

Be among the top players within the Global Ranking of the Preliminary Tournament, and you can earn an invitation to the Main Event of the KC Grand Tournament on 08/28/2021!

To maintain the integrity of Duels between players, the KC GT has enforced a few special changes to the visuals before, during and after a Duel:

For those who have already participated in Ranked Duels, those who have completed their placements will be rewarded advanced DLvs. according to their rank in Season 63.

Furthermore, players who have achieved the King of Games rank will not mean an automatic invitation to the Qualifiers. They have to climb like the rest of the players participating.

As this event involves dueling against other players and rank themselves high enough to move to the next round, expect all Duelists to bring their best and favorite Decks. This section does not guarantee you will always encounter the following decks all the time, but it is more of a guideline of what archtypes and style of decks can possibly show up.

In addition, rewards will be given out based on the number of times they play a KC GT Duel!

Getting to a certain DLv. Ranking for the first time will reward players with certain prizes as well! Do your best to climb up the ladder to claim all the rewards!

Additionally, the rewards here are retroactive if you start your DLv. Rank at a high place due to your Rank from Season 63. For example, if you start at DLv. 9, you will claim all the prizes on and prior to the given Rank.

Depending on where you place in the global ranking, you will be rewarded with more gifts. The higher the placement, the more prizes to be won, so do not hesitate to keep climbing the ranks, and make your way to the very top of the Duel World!

You can also trade in EX Jewels for special Card Packs, which may contain some of the most iconic or most rececnt cards across all the different Legendary Duelists in Duel Links!

Register as a member and get all the information you want. (It's free!)
Login
Opinions about an article or post go here.
Opinions about an article or post
We at Game8 thank you for your support.
In order for us to make the best articles possible, share your corrections, opinions, and thoughts about "KC Grand Tournament 2021 Preliminaries" with us!
When reporting a problem, please be as specific as possible in providing details such as what conditions the problem occurred under and what kind of effects it had.