This article contains a summary of the many changes made in Version 5.6.0 of the game Yu-Gi-Oh! Duel Links. Read on to find out what to expect in the new version and how the new update changes the game. 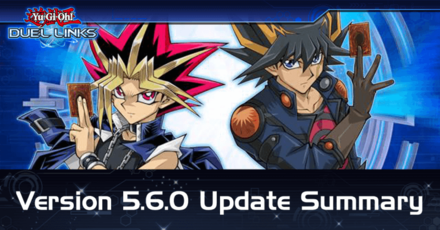 This article contains a summary of the many changes made in Version 5.6.0 of the game Yu-Gi-Oh! Duel Links. Read on to find out what to expect in the new version and how the new update changes the game.

Version 5.6.1 was released immediately after Version 5.6.0 to fix some issues found in the new update. 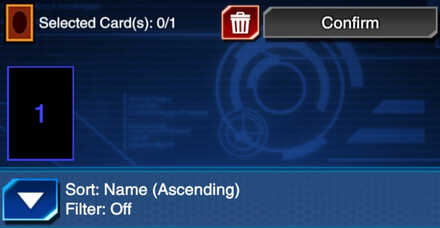 When players are only supposed to select a single item from a set of multiple items, they are able to select multiple items from the list. After selecting items, the last item selected will be reflected as the player's choice.

The new Version 5.6.0 update of the game has been released, and there have been some changes made to card effects and controls. A few issues have also been fixed in the new update to improve overall gameplay.

After the date listed below, Version 5.6.0 will become mandatory for all copies of the game, and other older versions can no longer be played.

The update for the PC version of this game will become available after the date listed below.

Several functions have been added to right-clicking on the PC version of the game. You can now use it to cancel your actions or return to the previous page while in Duels or the Duel World. 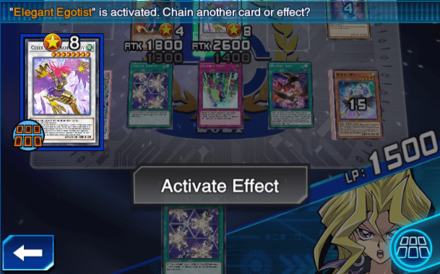 The prompt to activate the effect of Cyber Slash Harpie Lady will now also automatically appear when your cards are activated.

When players changed to Auto-Duel Mode while selecting Fusion Summon Materials, their actions would be canceled and they would be unable to Fusion Summon correctly. 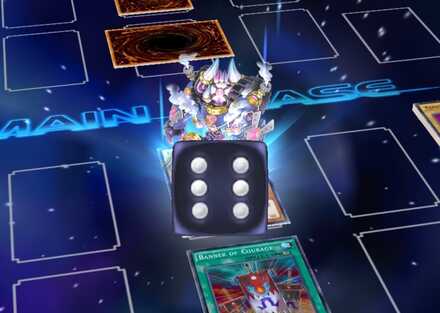 Players were being disconnected from PvP Duels when they get a 1 from the dice roll of Dicelops while their opponent had no cards in their hand.

Register as a member and get all the information you want. (It's free!)
Login
Opinions about an article or post go here.
Opinions about an article or post
We at Game8 thank you for your support.
In order for us to make the best articles possible, share your corrections, opinions, and thoughts about "Version 5.6.0 Update Summary" with us!
When reporting a problem, please be as specific as possible in providing details such as what conditions the problem occurred under and what kind of effects it had.