This is a guide to the brand new event, Roll the Dice! Duke Devlin Appears!, in Yu-Gi-Oh! Duel Links. Read on to learn how to participate in the event and obtain the different gifts and rewards. 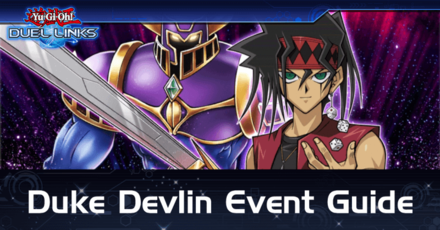 This is a guide to the brand new event, Roll the Dice! Duke Devlin Appears!, in Yu-Gi-Oh! Duel Links. Read on to learn how to participate in the event and obtain the different gifts and rewards.

Roll the Dice! Duke Devlin Appears! is a brand new event that introduces Duke Devlin, a new playable character in the game. The event is held in Duel World (DM), which is the first series unlocked by the player so anyone can participate in this event. 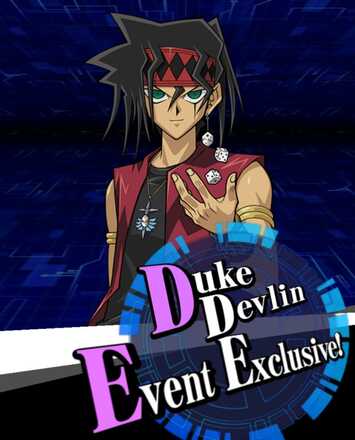 Duke Devlin is a new playable character in the game added at the start of this event. In the lore of the game, Duke was raised to hate Yugi Muto due to disputes between their fathers, but eventually, Yugi would become one of Duke's closest allies.

During the event, you can collect Dice by participating in Ranked Duels and Duels in the Duel World. You need these Dice to Duel against Duke Devlin at the Gate. You get Dice whether or not you win the Duel, but winning earns you more Dice. 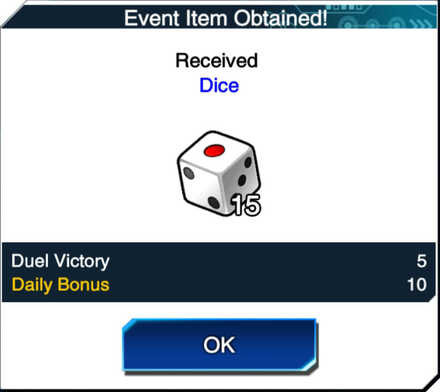 The easiest way to collect Dice is to Auto-Duel generic NPCs in Duel World (DM).

By completing the different episodes in the event, you can earn different rewards. Before you unlock an episode, you must first meet certain conditions. These conditions include collecting a certain number of Dice or defeating certain event characters. Some episodes are also locked until a designated date of the event.

During the event, a new set of Event Missions can be found in the Missions section. You can use these Missions to earn additional Dice, EX Jewels, and other rewards. 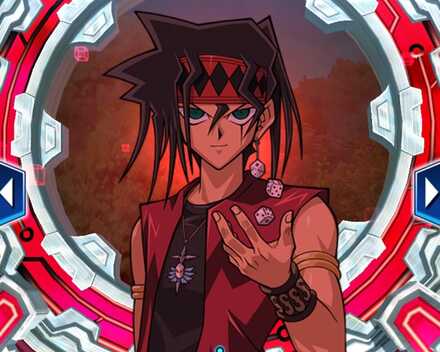 As you progress through the event, Duke Devlin will appear throughout Duel World (DM) and in the Event Gate. You must Duel with him to complete certain Challenges and earn additional Event Points and Dice. 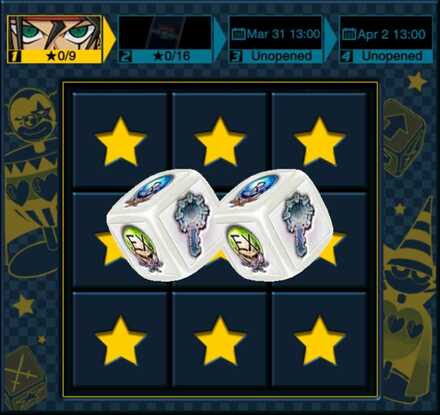 Once you complete Episode #2, you can participate in a Dice Challenge after Dueling against Duke Devlin. By rolling a die, you can either obtain rewards or open a Dice Challenge Panel. Once you have opened up all the panels, you can obtain several special rewards, which include unlocking Duke Devlin as a playable character.

While you Duels against Ambitious Duke, both of you have access to the new EX Skill 'Dice Roll' which allows you to roll a die at the start of every turn. A different effect is applied depending on the result.

After defeating Ambitious Duke, you can roll a Rare Black Die during the Dice Challenge. The Rare Black Die always lands on a ★, which allows you to open a panel. If all Panel Rewards have been completed, then a different reward will be received. 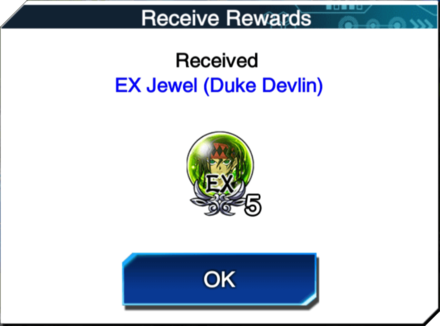 The EX Jewel is a reward that you can earn from Event Missions and Treasure Boxes. You can exchange these orbs at the Trader EX for exclusive event cards and other items.

Register as a member and get all the information you want. (It's free!)
Login
Opinions about an article or post go here.
Opinions about an article or post
We at Game8 thank you for your support.
In order for us to make the best articles possible, share your corrections, opinions, and thoughts about "Roll the Dice! Duke Devlin Appears! Event Guide" with us!
When reporting a problem, please be as specific as possible in providing details such as what conditions the problem occurred under and what kind of effects it had.