This is a guide for building an Athena Burn Deck in Yu-Gi-Oh! Duel Links. Learn which cards are needed to build this Deck, how to play the Athena Burn, as well as counters, and more! 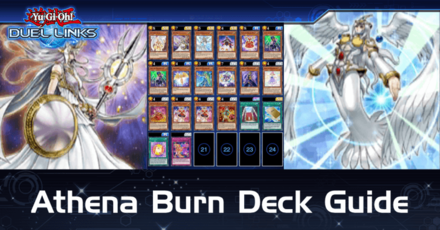 This is a guide for building an Athena Burn Deck in Yu-Gi-Oh! Duel Links. Learn which cards are needed to build this Deck, how to play the Athena Burn, as well as counters, and more!

Tethys, Goddess of Light and Reload allow you to draw your entire Deck during your first turn, while Athena inflicts damage each time a Fairy monster is summoned. By using Fairy monsters that can sequentially summon each other, this Deck can grant you a quick and easy win.

How to Play Athena Burn 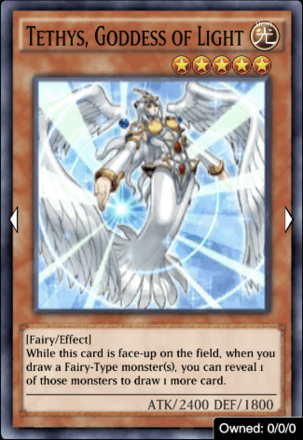 Have more than 4000 Life Points

Because Athena Burn Decks only guarantee exactly 4000 damage with its combo, it is performed during the first turn so you have no opportunity to increase your Life Points beforehand. However, if you enter the Duel with a Skill that increases your starting Life Points, you can survive the first turn and easily take down your opponent.

It is very unlikely that you will have any cards available during the first turn of the Duel that can disrupt their combo once it has started. However, if you can negate even one of your opponent's effects, you can completely incapacitate them for the rest of the Duel.

Register as a member and get all the information you want. (It's free!)
Login
Opinions about an article or post go here.
Opinions about an article or post
We at Game8 thank you for your support.
In order for us to make the best articles possible, share your corrections, opinions, and thoughts about "Athena Burn Deck Guide" with us!
When reporting a problem, please be as specific as possible in providing details such as what conditions the problem occurred under and what kind of effects it had.