This is a guide for building a Magnet Warriors Deck in Yu-Gi-Oh! Duel Links. Learn which cards are needed to build this Deck, how to play the Magnet Warriors, as well as counters, and more! 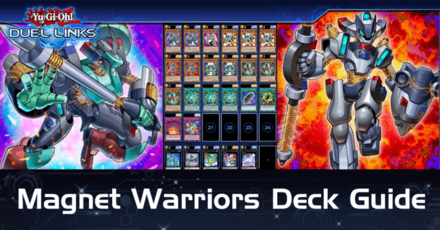 This is a guide for building a Magnet Warriors Deck in Yu-Gi-Oh! Duel Links. Learn which cards are needed to build this Deck, how to play the Magnet Warriors, as well as counters, and more!

The Deck uses the ability of its Magnet Warrior monsters to constantly add more monsters to the field, hand, and Graveyard. You can use these monsters to Xyz Summon the many monsters in your Extra Deck or Special Summon the Deck's most powerful monster, Bersekion The Electromagna Warrior.

Characters who can use Balance

How to Play Magnet Warriors 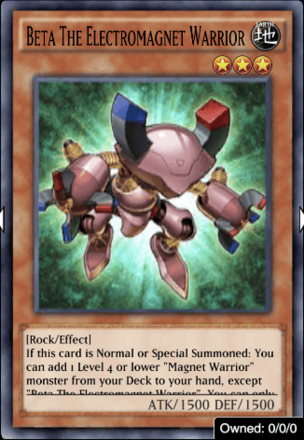 It is recommended that before you play Berserkion The Electromagna Warrior, you fill your Graveyard with several Magnet Warrior monsters.

Get your Combos out Early

Magnet Warriors Decks can take out a player in a single turn. However, it usually takes them a few turns to properly setup their combos. If you can overpower them before they reach this point, you can easily take the win.

Magnet Warriors rely on their ability to search and summon each other from different locations in the Duel. If you can negate this ability, you can incapacitate your opponent by preventing them from adding more monsters to the field.

Register as a member and get all the information you want. (It's free!)
Login
Opinions about an article or post go here.
Opinions about an article or post
We at Game8 thank you for your support.
In order for us to make the best articles possible, share your corrections, opinions, and thoughts about "Magnet Warriors Deck Guide" with us!
When reporting a problem, please be as specific as possible in providing details such as what conditions the problem occurred under and what kind of effects it had.