This is a guide for building a Six Samurai Deck in Yu-Gi-Oh! Duel Links. Learn which cards are needed to build this Deck, how to play Six Samurai, as well as counters, and more! 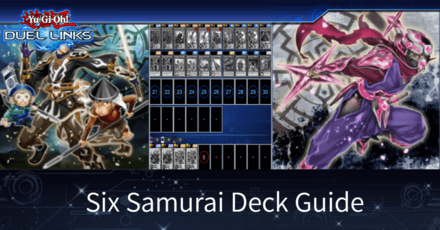 This is a guide for building a Six Samurai Deck in Yu-Gi-Oh! Duel Links. Learn which cards are needed to build this Deck, how to play the Six Samurai, as well as counters, and more!

Six Samurai is an aggressive deck that relies on the Samurai cards to swarm the field. These cards synergizes well with one another making it easy to play.

Characters who can use The Tie that Binds

How to Play Six Samurai 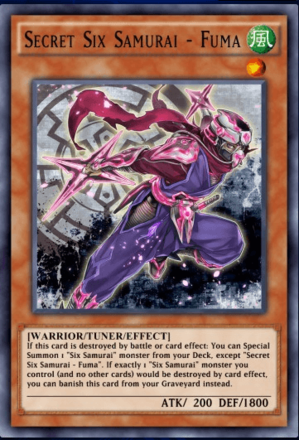 If presented the chance to swarm the field first, take advantage. Chances are, the Six Samurai deck will have a hard time removing the threats on the field.

Try playing decks that build up a strong Graveyard. The weak Spell and Trap cards used by Six Samurai does not threat any Graveyard play unless they tech in cards to counter.

Register as a member and get all the information you want. (It's free!)
Login
Opinions about an article or post go here.
Opinions about an article or post
We at Game8 thank you for your support.
In order for us to make the best articles possible, share your corrections, opinions, and thoughts about "Six Samurai Deck Guide" with us!
When reporting a problem, please be as specific as possible in providing details such as what conditions the problem occurred under and what kind of effects it had.