This is a guide for building a Masked HEROs Deck in Yu-Gi-Oh! Duel Links. Learn which cards are needed to build this Deck, how to play the Masked HEROs, as well as counters, and more! 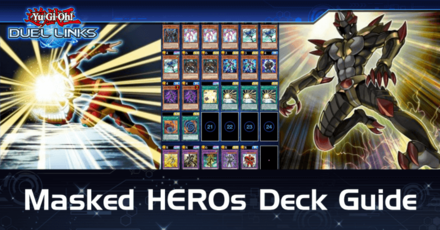 This is a guide for building a Masked HEROs Deck in Yu-Gi-Oh! Duel Links. Learn which cards are needed to build this Deck, how to play the Masked HEROs, as well as counters, and more!

A Masked HEROs Deck consists of several HERO monsters in the Main Deck, whose primary purpose is to continuously summon and search cards that allow you to bring out your Fusion Monsters from the Extra Deck. These Fusion Monsters can inflict devastating blows to your opponent, quickly taking them down in as few turns as possible.

How to Play Masked HEROs 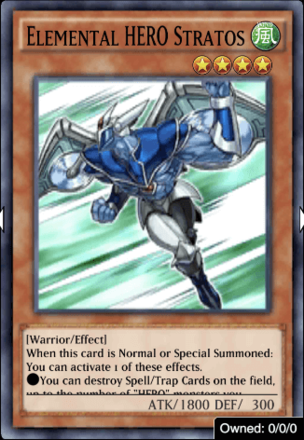 Masked HEROs Decks are heavily reliant on their Fusion Monsters. You can easily gain the advantage by preventing the other player from accessing their Extra Deck or negating their Polymerization and Change cards.

The strategy of Masked HEROs Decks benefits from short and quick Duels. The longer the Duel lasts, the more chances your opponent gets to turn things around and win. This counter-strategy is best performed with Decks that can handle or benefit from longer Duels.

Register as a member and get all the information you want. (It's free!)
Login
Opinions about an article or post go here.
Opinions about an article or post
We at Game8 thank you for your support.
In order for us to make the best articles possible, share your corrections, opinions, and thoughts about "Masked HEROs Deck Guide" with us!
When reporting a problem, please be as specific as possible in providing details such as what conditions the problem occurred under and what kind of effects it had.