This is a guide for building a Blackwings Deck in Yu-Gi-Oh! Duel Links. Learn which cards are needed to build this deck, how to play the Blackwings, as well as counters, and more! 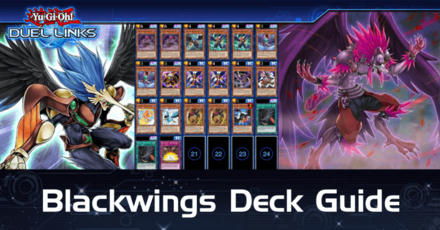 This is a guide for building a Blackwings Deck in Yu-Gi-Oh! Duel Links. Learn which cards are needed to build this Deck, how to play the Blackwings, as well as counters, and more!

Blackwings make use of several cards that allow you to add and summon multiple Blackwing monsters in rapid succession. These monsters are often used to Synchro Summon the various Synchro Monsters in your Extra Deck.

When played skillfully, these Decks can quickly overwhelm your opponent and grant you the win within the first few turns of the Duel.

How to Play Blackwings 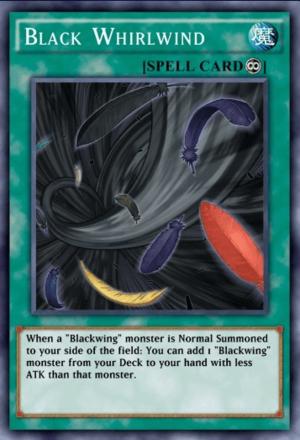 Take out their first Summon

Because Blackwings Decks rely on combos, the best way to counter their gameplan is to prevent them from performing these combos in the first place. By negating or destroying their first Summoned monster, which is usually Blackwing - Simoon the Poison Wind, you can severely incapacitate them for the rest of the Duel.

Blackwings Deck combos are quick and powerful but are also very unstable. You can easily disrupt their combos by negating a single effect or destroying a monster. Having a variety of Trap Cards is also recommended.

If you are also running an aggressive Deck, similar to Blackwings, the player that goes second gains a significant advantage over the other player. However, this factor is one that players cannot control.

Register as a member and get all the information you want. (It's free!)
Login
Opinions about an article or post go here.
Opinions about an article or post
We at Game8 thank you for your support.
In order for us to make the best articles possible, share your corrections, opinions, and thoughts about "Blackwings Deck Guide" with us!
When reporting a problem, please be as specific as possible in providing details such as what conditions the problem occurred under and what kind of effects it had.