This is a guide for building a Gouki Deck in Yu-Gi-Oh! Duel Links. Learn which cards are needed to build this deck, how to play the Goukis, as well as counters, and more! 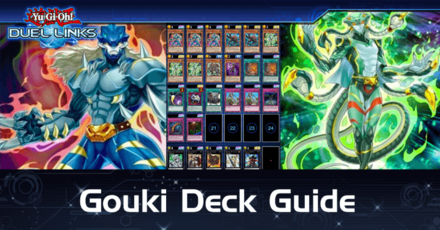 This is a guide for building a Gouki Deck in Yu-Gi-Oh! Duel Links. Learn which cards are needed to build this Deck, how to play the Goukis, as well as counters, and more!

Gouki Decks rely on the ability of Gouki monsters to search each other from the Deck when they are destroyed. This effect allows you to slowly gain control of the field as the Duel progresses. Gouki monsters are often paired with Spell and Trap Cards that require you to Tribute monsters since they are constantly replenished in your hand.

Characters who can use Balance 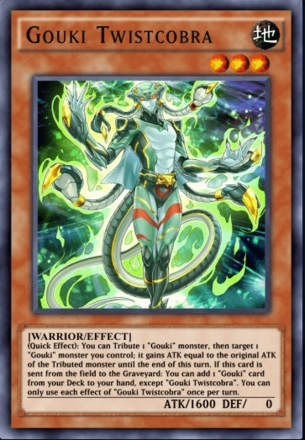 All Gouki monsters have 0 DEF, which make them vulnerable when forced into Defense Position. Use effects that can either change their Battle Position or force them to use their DEF stat. Monsters that can inflict piercing battle damage can also be useful against Gouki monsters.

Gouki Decks rely on being able to search for other Gouki monsters from the Deck. By preventing this effect, you can hinder your opponent from controlling the field.

Limit their Spells and Traps

To counter many other Decks, Gouki players run several Spell and Trap Cards that allow them to easily remove or incapacitate cards on the field. Remove or negate their Spells and Traps before they are able to target your important cards.

Register as a member and get all the information you want. (It's free!)
Login
Opinions about an article or post go here.
Opinions about an article or post
We at Game8 thank you for your support.
In order for us to make the best articles possible, share your corrections, opinions, and thoughts about "Gouki Deck Guide" with us!
When reporting a problem, please be as specific as possible in providing details such as what conditions the problem occurred under and what kind of effects it had.