What to During the Early Stage | Duel Links 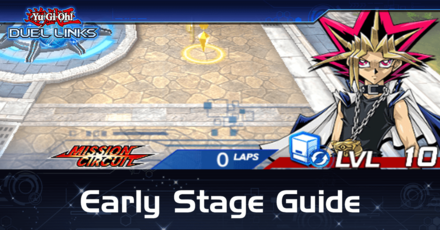 At the very start of the game you will be given the chance to control either Yami Yugi or Seto Kaiba. Choosing a character will grant you control of their respective Starter Decks. Choosing Yami Yugi will grant you access to Dark Magician and Seto Kaiba will give you Blue-Eyes White Dragon.

Leveling up your Characters

It is recommended that you battle against the A.I. Duelists before you try to duel in PvP mode. Leveling up your characters will also grant you Character Level-Up Rewards, you can receive N to UR Cards from your character's Deck, Gems, and Keys.

Which Characters Should You Level Up

Aside from Leveling Up your chosen character, it is recommended that you level up Joey Wheeler because he is one of the first characters you will unlock in the game. Leveling up Joey Wheeler will give you the base for his Red-Eyes Deck.

Leveling Up either Yami Yugi or Seto Kaiba will also grant you access to cards from their decks that cannot be found in Boxes. It is advised that you Level up the first two characters that you unlock.

At the start it easier to stick with the Decks of your starting characters. If you chose Yami Yugi, building on the Dark Magician Deck is highly advised. If you chose Seto Kaiba, build on the Blue-Eyes Deck.

Since Joey Wheeler will be the next character to be unlocked it is recommended that you build on his Red-Eyes Deck. All the Decks mentioned are very good Decks that will help you progress through the game.

How to Progress through the Game

There are two sides to Yu-Gi-Oh! Duel Links, you either play through the game's story mode or play Ranked Duels. Either way you can get rewards from both modes, there are rewards that you can only get by playing Story Mode and there are some you can get by participating in PvP Duels.

Playing both modes is highly recommended as there are rewards in both that will help you improve your Decks.

Register as a member and get all the information you want. (It's free!)
Login
Opinions about an article or post go here.
Opinions about an article or post
We at Game8 thank you for your support.
In order for us to make the best articles possible, share your corrections, opinions, and thoughts about "What to During the Early Stage" with us!
When reporting a problem, please be as specific as possible in providing details such as what conditions the problem occurred under and what kind of effects it had.